We're starting fresh, new website, new name, it's all open for you to input your creative talents. We need a design that converts site visitors into leads. A design that says we're credible, we're professional, that people can trust us.

The primary goal of our site is the completion of a quote request. When looking for a new design we are driven by which site will convert for our audience. A winning design should convey the following attributes to consumers: - Credible - Established business - engender trust - ProfessionalColors - No restrictionsHome Page Elements - Logo - Company Description - Tutor Matching Service - Testimonial Box - Credentialing - MiniformMini-Form with a couple of qualifying fields - Zipcode- Type of Tutoring needed - Compelling call to action that conveys - Immediacy - Value for providing information - No obligation or risk in proceedingForm Page - Form needs to pop and look simple to complete - Emphasis on Completion - Clear call to action. (Button with compelling text that encourages consumers to proceed) Content Page - Information presented in a factual and informative way - Mini-Form with a couple of qualifying fields Payment - Credit Card - PayPal

- We want to give the feel of an established, credible business, so while we're open to whatever color schemes you might suggest, it must give a sense of credibility. - We do have an existing logo which will be made available, but do not feel constrained by it as you are allowed to suggest changes or something new instead. - We would like to see what your site design looks like on a form. The fields of the form aren't important, it can be a generic form, but we will want to see what it looks like on a form before we make a final decision. - Tagline: we don't have an existing tagline, but need a place where it goes in the design. If you would like to suggest a tagline, that would be very welcome. - We need a box for testimonials, we don't have any testimonials ready yet so please just use filler text and indicate that it is the place for testimonials. - The call to action is perhaps the most important part of the design. A button with text that grabs attention and makes people need to click. Work your magic on this one. - The only thing that we're not open to change is the name of the website "Tutor Advisor" everything else is open to your own creative talents.

- We don't want unlicensed images from sources such as Corbis. We will accept images from more reasonable sources such as iStockphoto, but be prepared to show us where the image is from so we can pay for the licensing. - We don't want something that looks too much like another website in the online education industry. Yes, use other sites for inspiration, but use nothing that is so similar we'll be accused of copying.

Men and women who are horror and paranormal lovers, and love collecting horror books.

T-shirt for podcast about history & religion

Humble Home will be a high-end brand of kitchen and home goods that are sold on Amazon and Shopify.

The Rose That Grew From Concrete

Get Weird with Gnar: Edgy winter design for snowboarding/skiing hoodie

Live Your Fullest Everyday Positivity T-Shirt: First of Many

-White Male in his late 40's or 50's -Married with family and kids and an average salary of no more than 50K. -Capital

Design an unique cover for an architectural history book

I need an eye catching website to service oilfield companies. 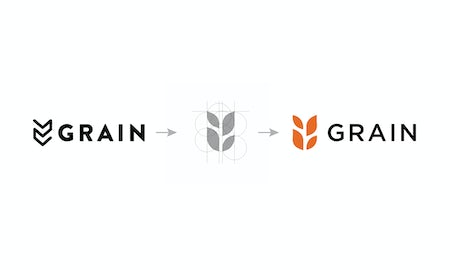