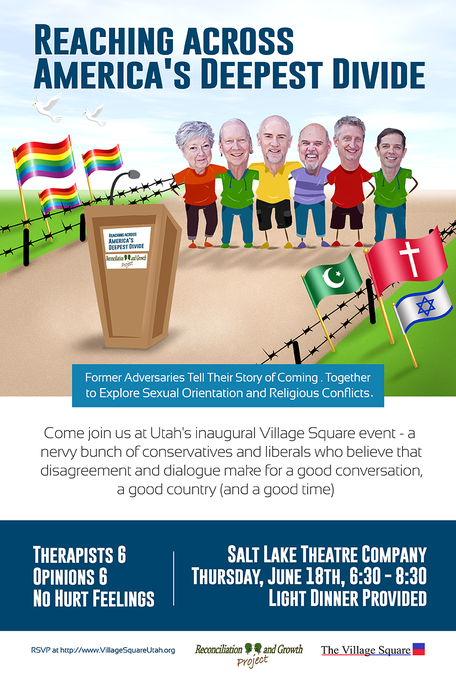 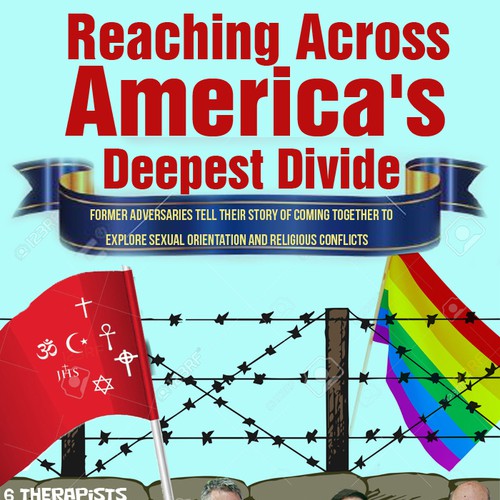 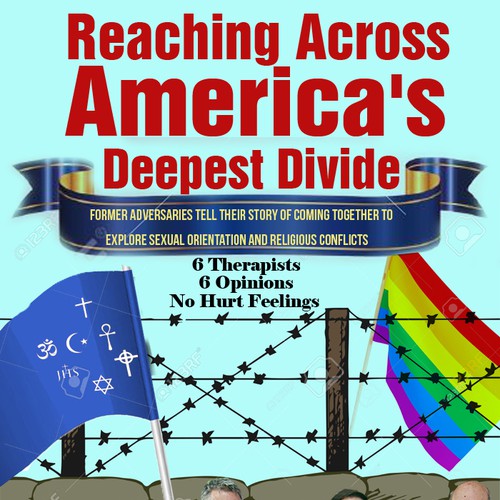 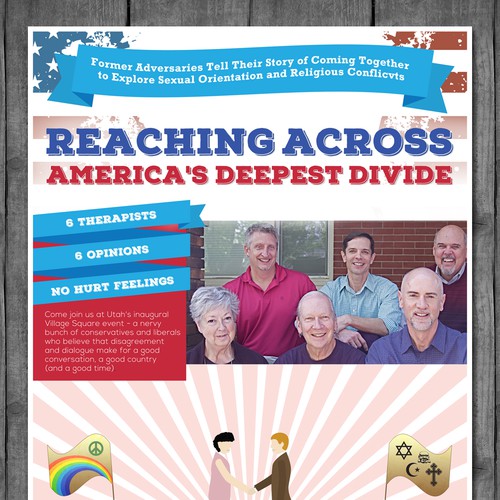 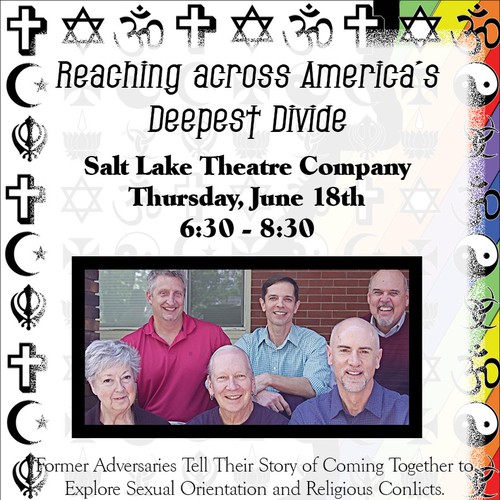 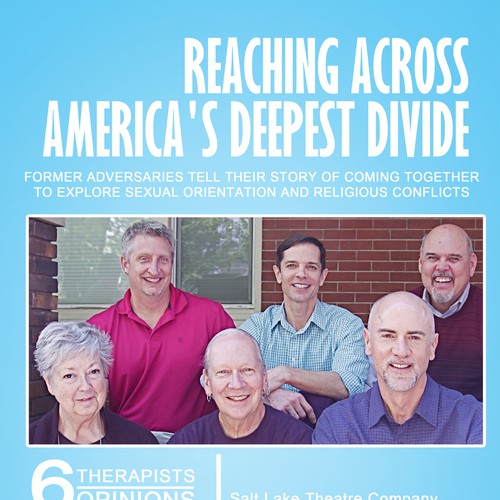 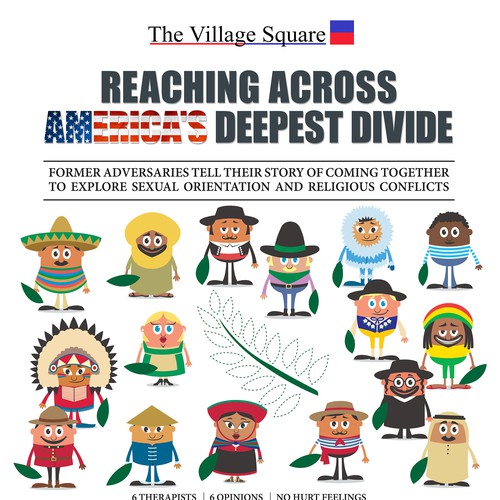 We are a nervy bunch of conservatives and liberals who believe that disagreement and dialogue make for a good conversation, a good country (and a good time).

We're looking for a poster that gets people excited about our upcoming event:

And somewhere this: RSVP at http://www.VillageSquareUtah.org

And somewhere this: Come join us at Utah's inaugural Village Square event - a nervy bunch of conservatives and liberals who believe that disagreement and dialogue make for a good conversation, a good country (and a good time).

Please use the top logo in the attached PSD file - without being constrained by ANYTHING else in the PSD file (it's not particularly lovely). And by the way, the contest is placed under "Signage Design" but the attached PSD is A3 (11"X17"). We're aiming for a poster-size graphic that could be shared electronically with people - so the 11X17 size is perfect!

As part of the poster, please include the following things as well:
-The attached photo of the 6 therapists speaking at the event.
-The attached Reconciliation and Growth Project logo (it's quite ugly - so doesn't need to be prominent at all...can be as small as you'd like)

What would really MAKE the poster is to have some sort of creative visual flourish...We've considered trying to illustrate this visual contrast in a fun and provocative way, with two WWI style trenches and barbed wire dividing the two sides. On one side of the trench would be a rainbow flag, and on the other a flag with religious symbols. In the middle of this all, where the barren "no-man's land" would have been - I'd like to have people sitting in chairs, talking attentively and happily with each other.

Some people say that's too complicated for a flyer; if so then, some similar elements, like barbed wire dividing them....or whatever creative ideas you have to illustrate 'America's Deepest Divide!' (:

One of the challenge with community political dialogue is that it feels so HEAVY and even scary...so our goal in this poster (and its event) is to make this FUN. Anything that you can do in the design to convey somewhat of a playful, light sense - while still retaining a sense of this being a legitimately thoughtful event would be great!

We're a local chapter trying to get started, and have very limited funds - so we're sorry we can't offer more than what we do. If we found a designer we resonated with, we'd be interested in talking about a relationship for future work together!! We're part of this national organization -
http://www.tothevillagesquare.com/

signage for River Management Society (RMS)
US$ 299
RMS is a non-profit organization thatt provides networking and professional development opportunities for those who…
297
entries
25
designers
Banner needed for IMAGINE YOURSELF BEING conference series.
US$199
IMAGINE YOURSELF BEING is the teaching of discovering yourself as Soul.
21
entries
11
designers
PT4PT black trade show booth
USD 199
Our Company fundraises for Physical Therapy Political Action Committees (PAC) in the United States by selling therapy...
30
entries
11
designers
Redesign Salt Lake's Idle Free City Signs
599 $
Salt Lake City Green, or SLCgreen, is Salt Lake City's Division of Sustainability and the Environment. The mission of...
240
entries
23
Designer
Trade Show Booth Design for non-profit organization
829 €
Our organization is composed of two entities, both working with the same philosophy: - “ADIL 89”: the main organiz...
31
entries
10
designer
Snazzy, Eye-catching Banner for Stage!
US$ 199
We are a nonprofit. We help other nonprofits use social media marketing for fundraising, advocacy and cause awareness...
30
entries
8
designers

C'est parti!
AMPAC: Faith based small business lender banner
US$299
We provide capital to help businesses grow and expand. We Are The Nation's First Faith Based SBA Lender...
23
entries
6
designers
Our charitable organisation (we support homeless and disadvantaged people in Berlin) needs your creativity!
179 €
ENGLISH: The aim of our association is to improve the living conditions of socially disadvantaged and marginalised peop
16
entries
8
designer graphistes
City of Toronto Street Banner for Mid-Town
CA$769
The Bayview Leaside BIA is a non profit organization that works with the community's businesses to create a lively and b
24
entries
7
designers
Tiles on home Page
199 $US
E-commerce website.
21
entries
5
designer graphistes
Non-profit needs an EXCITING design for 2 day workshop
US$ 299
WHO WE ARE: GOTELLO OUTREACH, INC is a christian non-profit focused on helping everyday Christians become more active in
40
entries
5
designers
4-Part Billboard Advertising Promotion for Government of The Bahamas
CA$799
The general objective of the programme is to contribute to the reduction in Crime and Violence in The Bahamas. The speci
100
entries
13
designers
En savoir plus sur les designs de signalétique
Voir comment ca marche