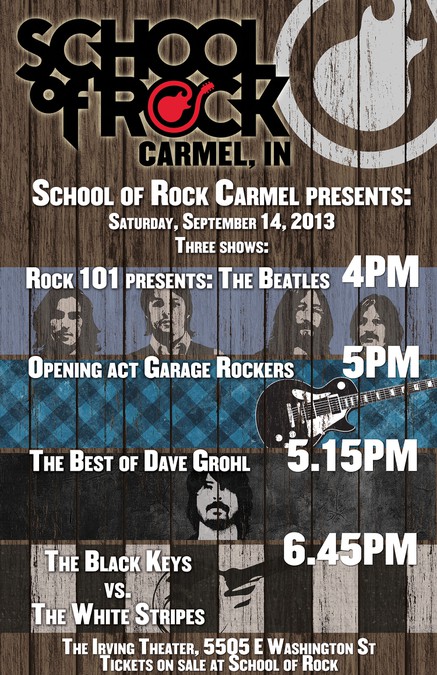 School of Rock - Carmel needs a new postcard or flyer 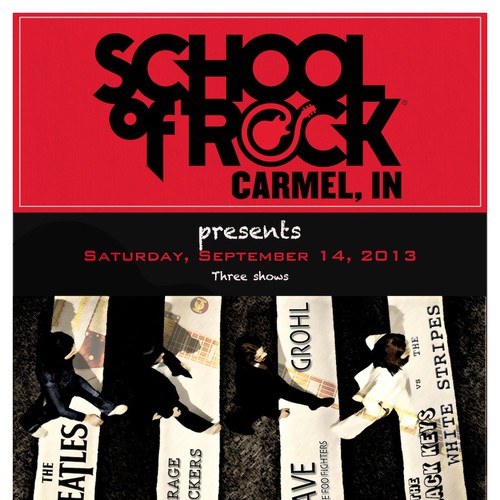 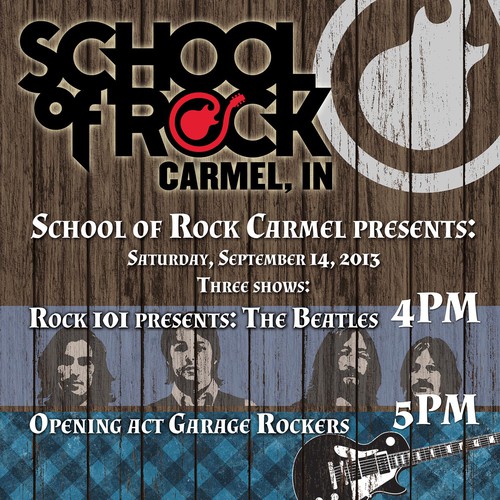 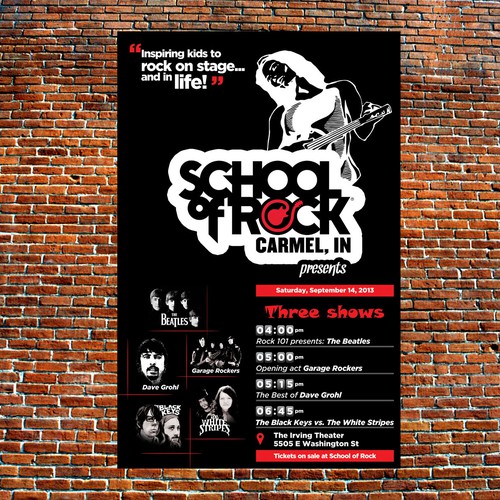 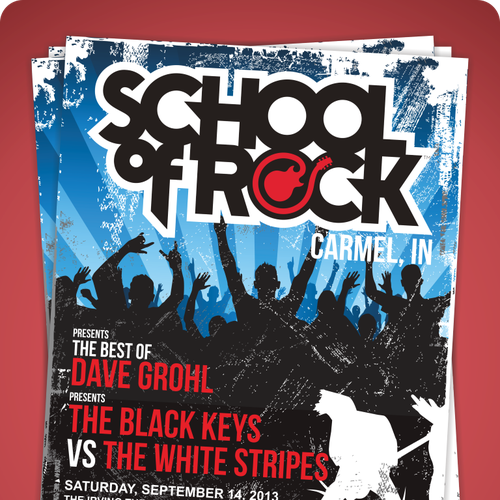 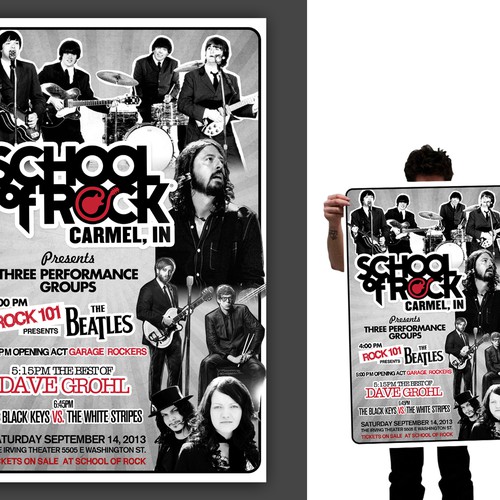 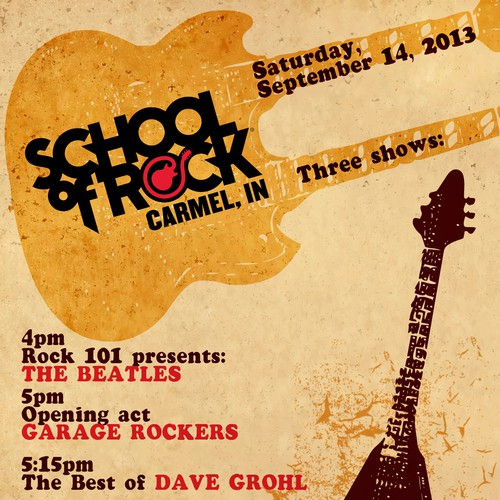 School of Rock teaches 7 to 17 year old students guitar, bass, vocals, keyboards and drums. We combine weekly private music lessons and group band rehearsals to prepare students to take the stage in an authentic concert setting in front of a live audience. The students are 'cast' on songs, similar to how kids are cast for a play to offer more students an opportunity to perform.

We believe the best way to learn music is to play music. We take students from the lesson room to the stage, developing both their confidence and musicianship with programs designed for all skill levels. Our motto is "Inspiring kids to rock on stage...and in life!"

We are looking for a design that promotes these three unique show themes into one 'big show' concept.

The three performance groups are called
-The Beatles: Our Rock 101 students (younger beginner students) are putting on a show consisting of Beatles music
-The Best of Dave Grohl: This is one of our intermediate-advanced groups of students. Dave Grohl is most famous for his part in the bands Nirvana and The Foo Fighters
-Black Keys Vs. White Stripes: This is another intermediate to advanced group of students. The show features songs by both bands (The Black Keys and The White Stripes)

There will also be an opening act, Garage Rockers. They're playing a variety of songs, and they don't need to be prominent on the poster. They're opening for the 2 bigger shows (not the first Beatles show).

You can split the poster up into three sections if you'd like, to be able to accommodate 3 different themes, or you can try to incorporate all three into one cohesive design.

Here are the details that need to be included:

6:45pm
The Black Keys vs. The White Stripes

Tickets on sale at School of Rock

I've included a few of our logs and various designs, as well as a copy of our last poster (also designed on this site) that incorporated two different themed shows.