Hi Designers I am about to launch my debut novel on Amazon after breaking my contract with a literary agent. Going indie is a big decision and I would like a great cover! I will include a synopsis of the novel below, if you feel that you require more information please let me know. It is based in Sydney, Australia and is titled: Paint Stop Boom. Synopsis: “Heroes versus heroic acts, intentions versus instincts, paintings that stop bombs, a city changing to the tick of the clock that everyone is racing against, and the nature of change.” Paint Stop Boom revolves around two very different characters. Anais is an eccentric artist who unwittingly paints pieces that stop bombs. Yet she is unwilling to help stop the attacks in Sydney . She does not want to be a hero. Michael cannot comprehend how anyone would not believe in saving the world if they could. He has lost his family to a terrorist attack that exploded in the heart of Sydney and steals her paintings to stop the bombs. Anais wants her life back. All her paintings have been stolen and she is running out of time to submit her entry to the Venice Biennale. Michael is running out of time. He has stolen all her paintings and he needs more. But the police are after him for theft and Anais is refusing to paint any more. It is a story of heroes versus anti-heroes, examining the clash between those who care and those who don’t; the difference between those who want to lead their lives as best they can and those who want to save the world. And of course, it’s about the new Sydney that emerged from the attacks.

Anselmo was great to work with. Using this service for the first time I was very pleased with all the designs and how easy it was to use. Anselmo's design hit the nail on the head for what I was looking for right off the bat and we worked together to tweek it perfectly. he was very quick to respond and very professional. Thank you A!

Design a playful but still classy logo with an elephant in it.

Its a company that focuses on childrens books, and a variety of wallprints for all ages and rooms.

Bitcoin US flag for crypto enthusiasts.

Looking for a sticker design that could also be utilized for a t-shirt and/or hat. The target audience are individuals i

The podcast is generally going to be interview style. I’ll interview guests about their passions, work and what they’re

Create a memorable colorful logo for a digital art shop

we sell stickers made by artists around the world to people who want to decorate their homes/objects etc.

CTDA is the voice of the independent tile distributor in North America. CTDA connects, educates and strengthens ceramic

I need a logo that taps into your "weirdo" side!

I currently sell Hand painted denim and leather jackets. I eventually want to expand to greeting cards, stickers etc. I

Redesign the logo for the 99designs sub-brand '99awards'

Great design deserves to be celebrated. Each year, the 99awards showcase the best-of-the-best created by our talented an

Simple, stylish, functional logo for business that creates personalized gifts for any occasion.

I make custom and personalized designed gifts for any occasion. Gifts are customized and designed for anyone looking fo

We make canvas and print art for walls and displays that incorporate neon led's.

Design A Logo For An Up & Coming Website Design Company

We are a creative agency, located in DFW, Texas. We focus on web development, graphic design, social media management, 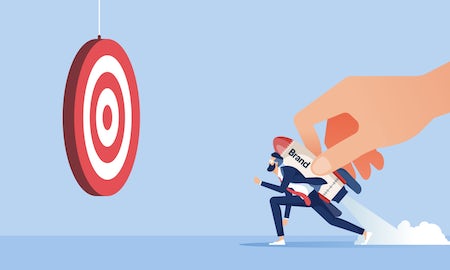