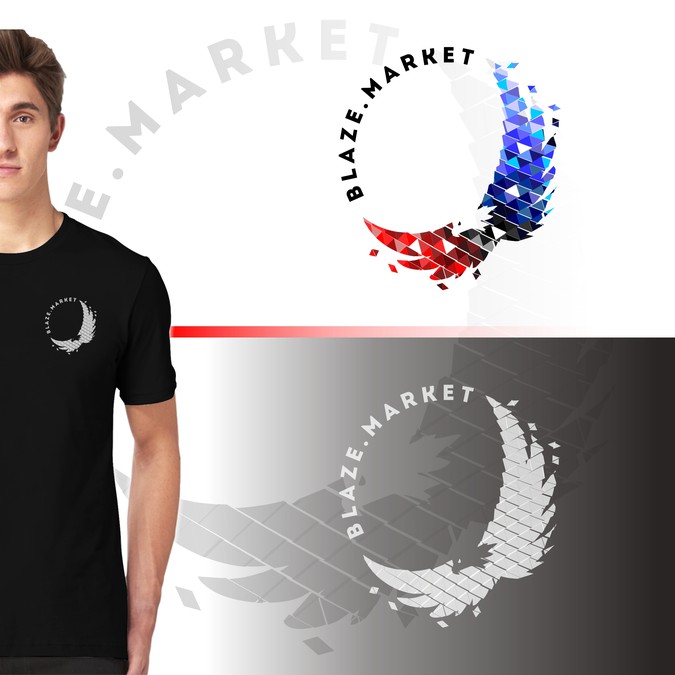 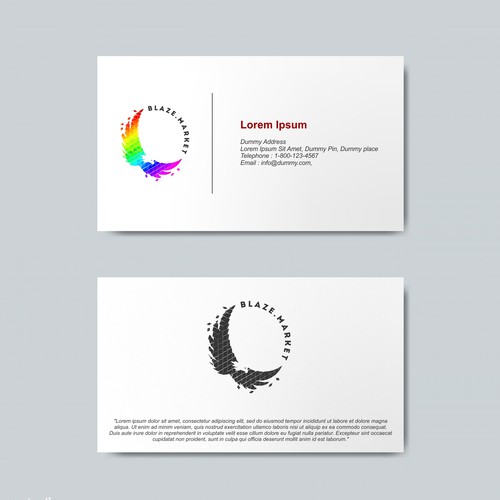 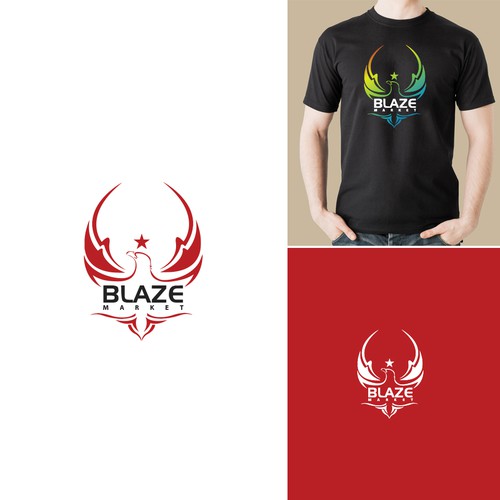 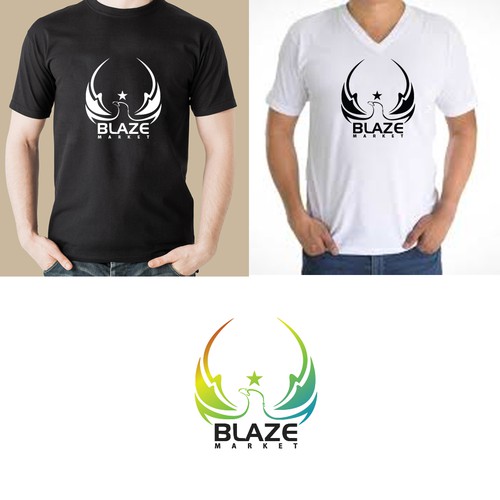 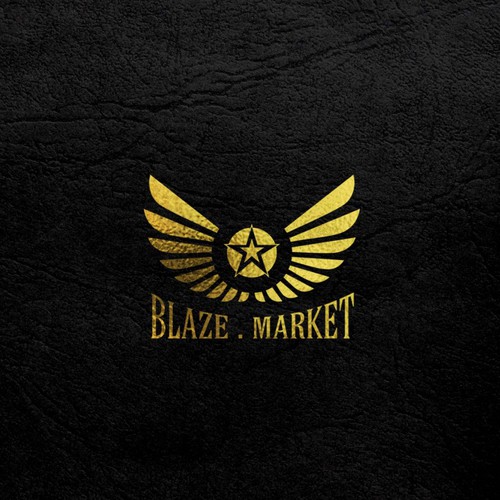 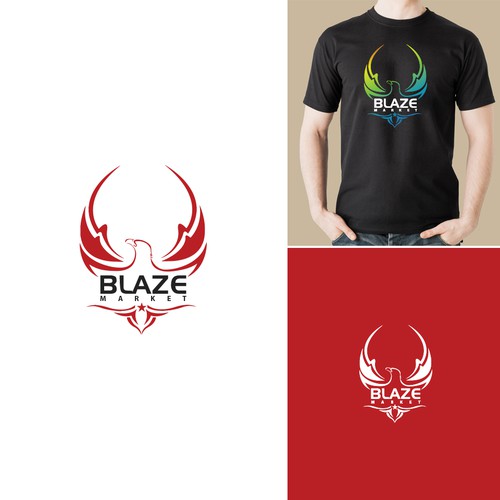 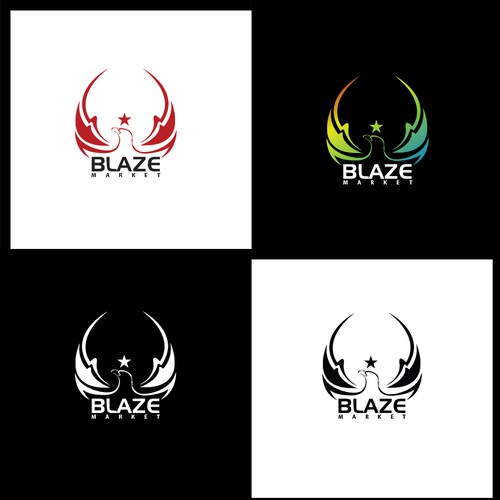 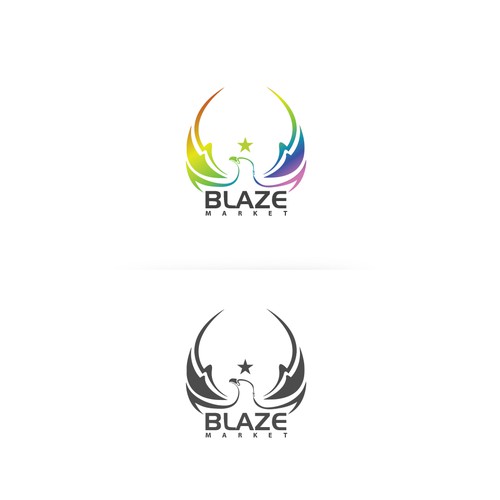 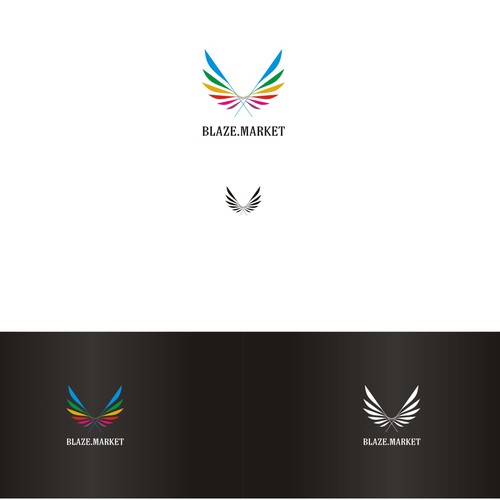 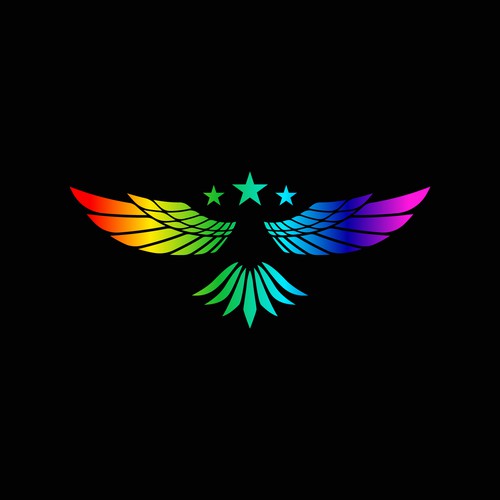 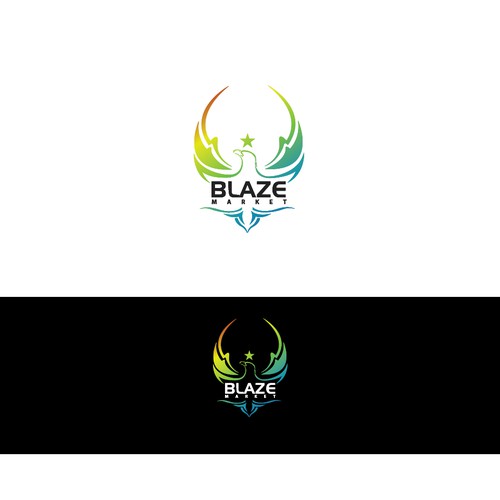 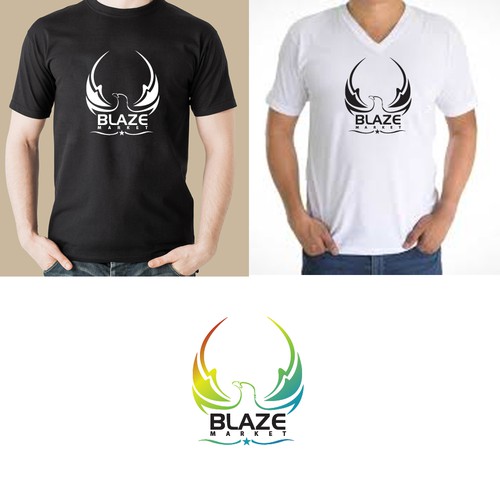 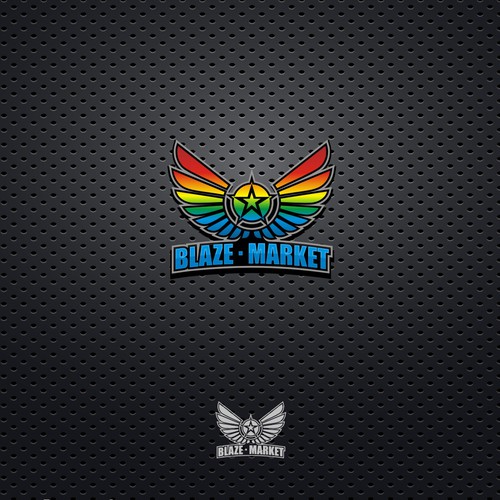 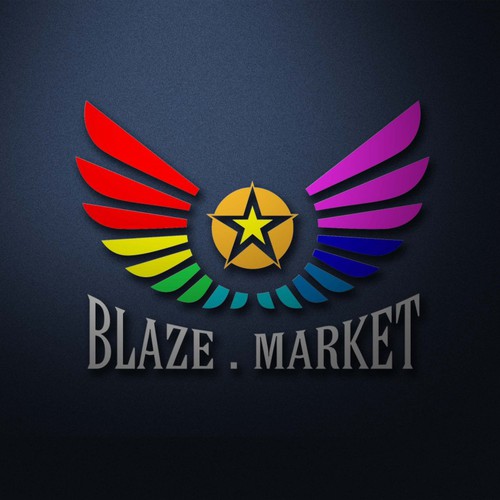 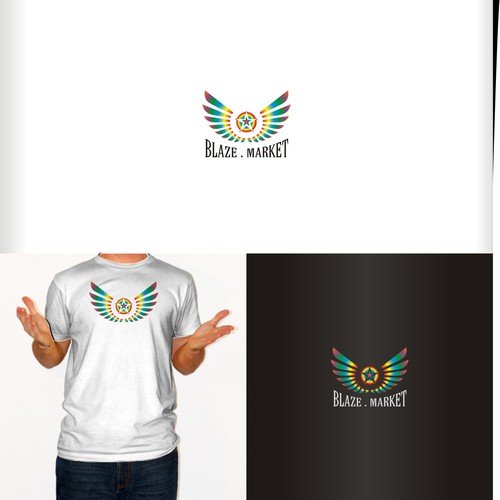 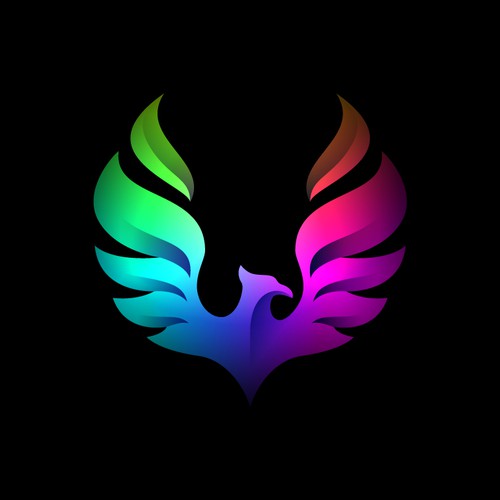 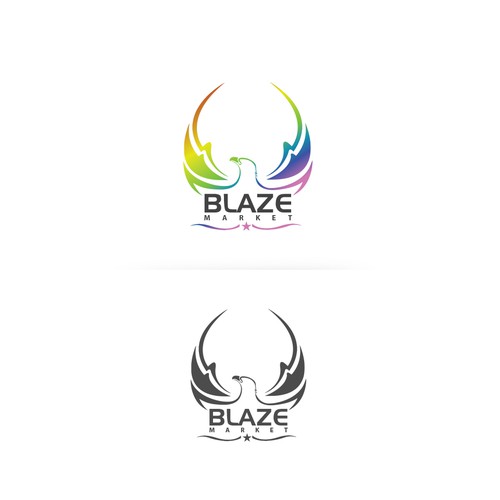 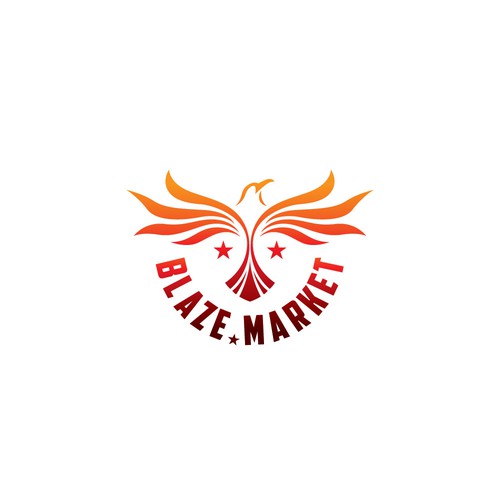 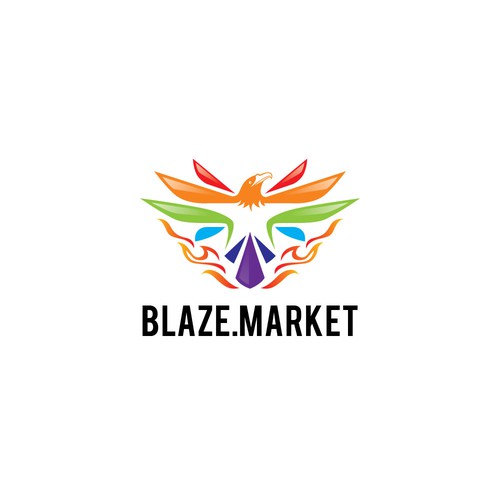 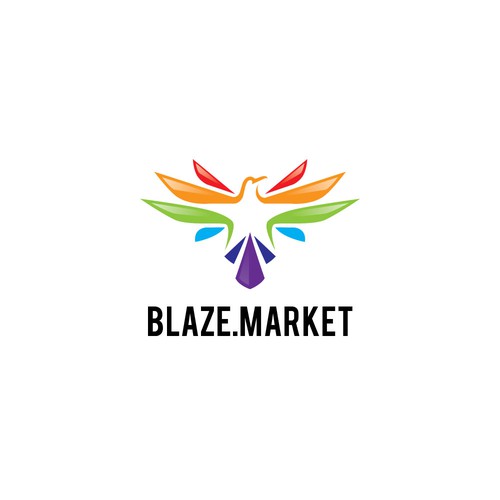 This will be an online marketplace for glassblowers (the sister to http://www.ApacheBlaze.com) because "glassblowers make more than bongs."

The branding key is Made in America - artisanal.

TARGET MARKET: The tastemakers, vocal about brands they like, and influence others within their sphere. These laid-back customers favor fashionable and sexy branding. There’s a resentment of messages being pushed with a “hard sell.”

We like the simplicity. There were others to select but we're limited
This is our first contest winner, for www.ApacheBlaze.com

Classy and clean and maybe on the minimalist side, something that will appeal to all sorts of customers - from seasoned glass pipe collectors and HeadyBois(tm) to the mom going through chemo who just wants to treat herself to something to feel nice using while she medicates, to the marble or jewelry consumer who wants something pretty for their collection.

Maybe something with a loose flame inspiration since flames evoke both cannabis and glass working (without verging into sick tribal-tattoo/car paint job aesthetic).

And since we're 100% AMERICAN MADE, maybe there's a way to evoke that too? What's a cool symbol that evokes "America" without being overly complex or cliche? An eagle?

We're open to abstract, but will probably favor something illustrative (see attachment) of ApacheBlaze.com's logo - also a 99design winner! It conjures the name while not being so literal it looks amateurish. His headress doesn't morph into cannabis leaves - he has personality, without being a cartoon. What about something that that evokes the swirling fiery rainbow of a fumed marble (also see attached)? Maybe the best inspiration for this path is found on IG @kornbluhglass

Here's the trick - like the ApacheBlaze.com logo below (sister company) the Blaze.Market logo has to be simple enough that it translates to lines and B&W for other applications - yet cool enough that it will be appealing and iconic enough for tee shirts, stickers and other merch

Design a logo
799 $US
Unblushing is a lifestyle brand is for bold females who don't blush. Our products appeal to young, modern, irreverent gi
251
entries
71
designer graphistes
Custom virtual tours agency needs energetic and snappy logo
US$299
We produce and host video tours for our client (resorts, colleges, cities) that provide and interactive way for users to
77
entries
15
designers
Beach Passion
US$499
Sell large beach photographs on canvas
145
entries
71
designers
Who doesn’t like gingers? Gingerdaze is in need of a new, rustic logo!
US$ 299
Modern farmhouse decor
133
entries
33
designers
The signage industry is very competitive so I need to stand out from the crowd King cobra signs
AU$ 399
Please take your time designing our logo as it is very important to us. We print and install car signage, boat wraps, bu
120
entries
48
designers
Crazy and extraordinary logo wanted!
299 US$
Creating and selling furniture and other things with wood. But it should be also a logo we can use it for our campground
67
entries
18
designers

C'est parti!
„Libertas“
CHF 309
Libertas is the name of a custom bike, built by an absolute star custom builder. Libertas stands for freedom. We w
54
entries
24
designers
Design a luxury logo for a cool jewelry Brazilian brand.
US$299
We Sell Luxury Jewelry using raw stones
144
entries
30
designers
LUXUARY FURNITURE PRODUCER needs a powerful new Wordmark & Logo
US$ 499
Dear Colleagues! Wordmark In writing our wordmark, we like the font - Linotype Didot Headline. Try to play a little with
312
entries
56
designers
Create an amazing, updated logo for an international Art Gallery. Exclusive, calm, simple, timeless.
A$399
We are an Australian Aboriginal art gallery selling globally. Our art is contemporary, colourful and symbolic. The story
220
entries
24
designers
I need a cute logo with a panda.
€ 269
This logo is for my small business. I make beautiful handmade creative sewing articles (bags, baby bibs, etc...). I woul
196
entries
80
designers
New Agency with Big Dreams and Great Name Needs a LOGO!
€269
We are a new Media Agency with offices in Germany, California and Chile. Our focus is to sell branding services medium
114
entries
43
designers