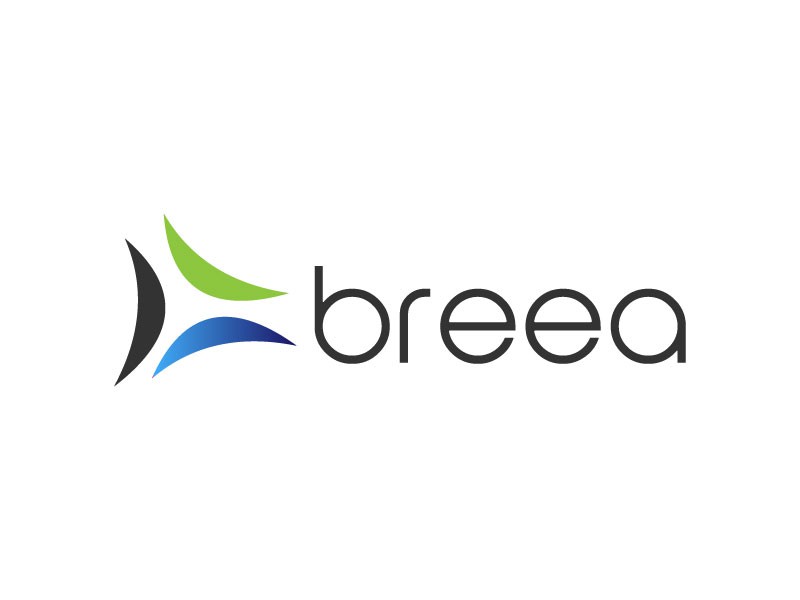 Create a logo for a tablet brand and product 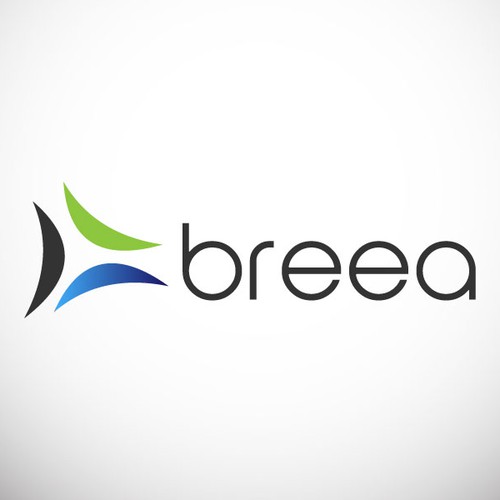 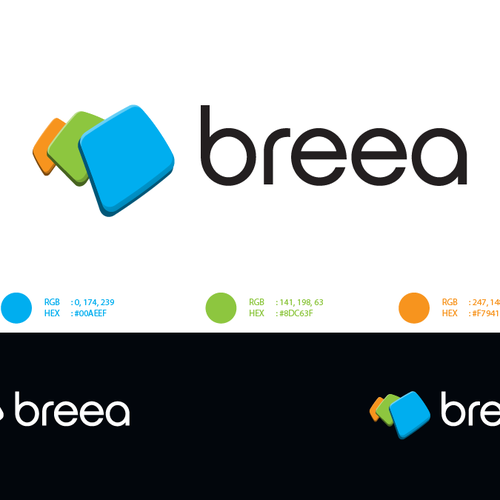 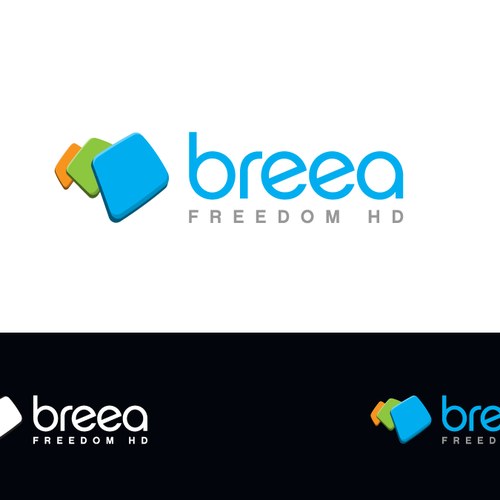 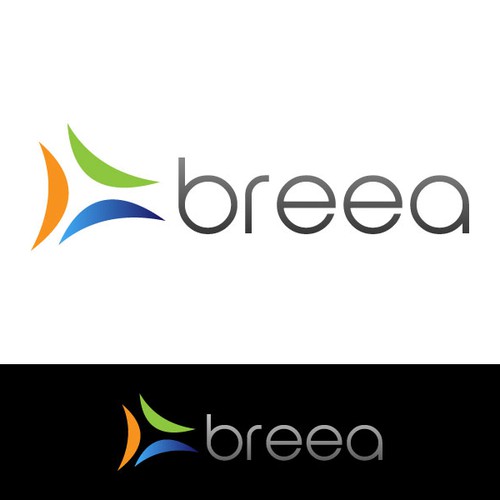 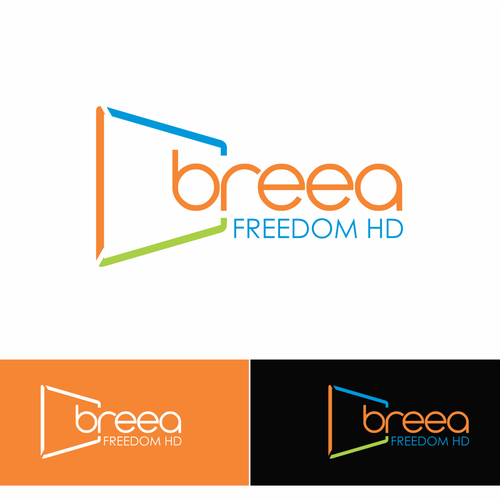 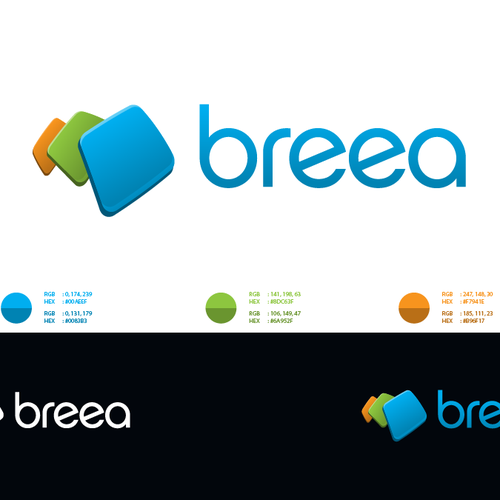 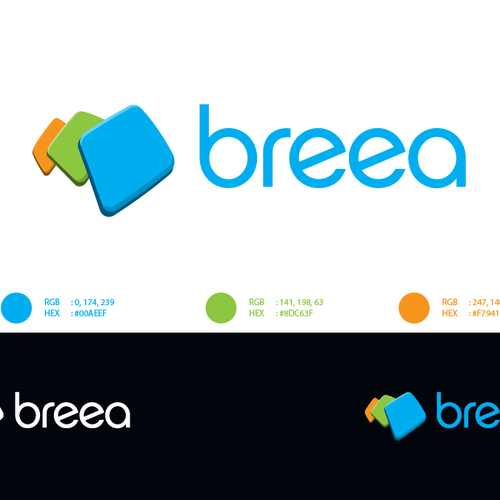 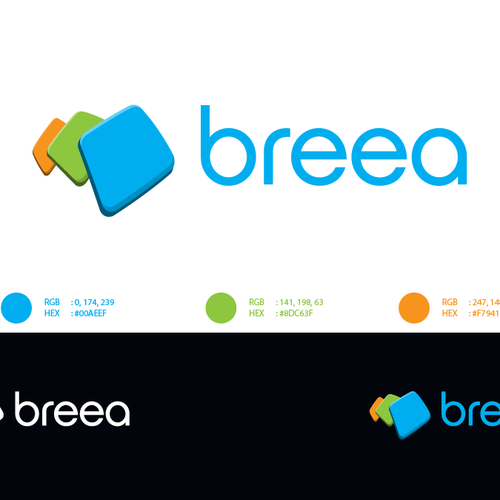 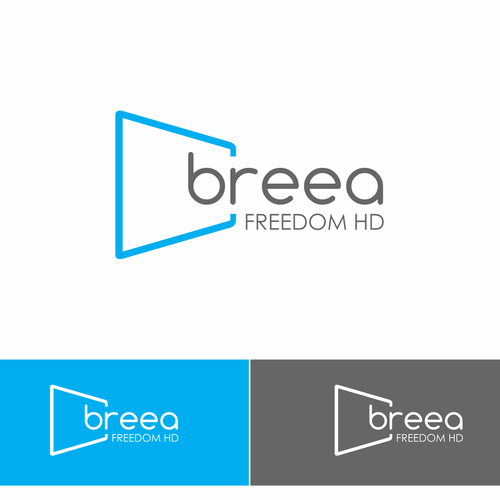 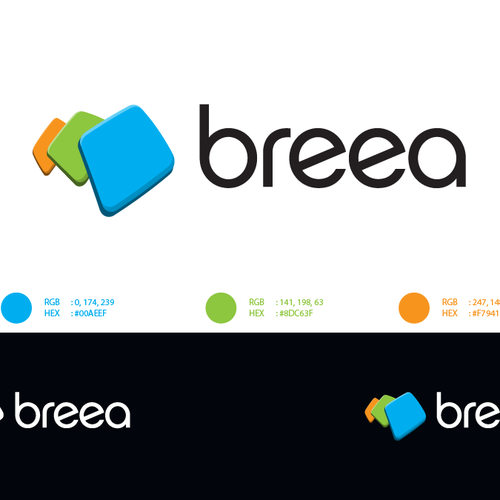 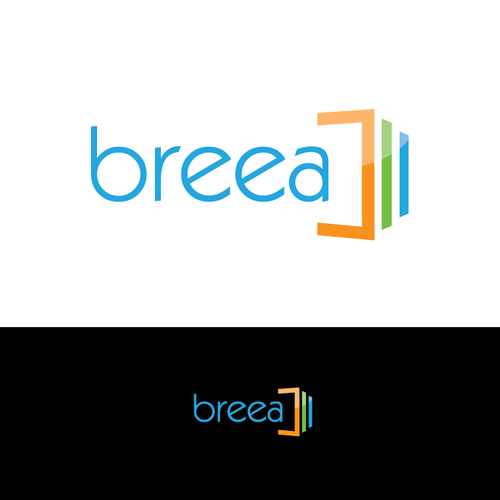 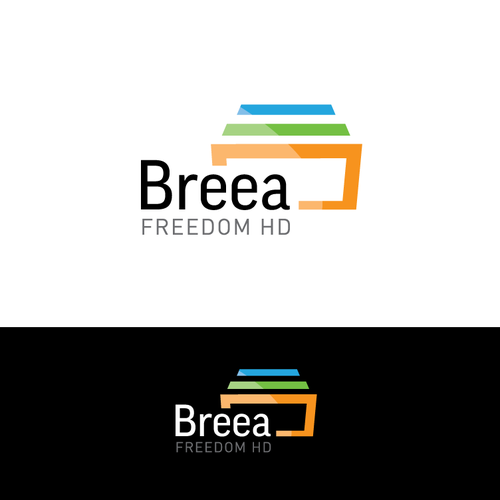 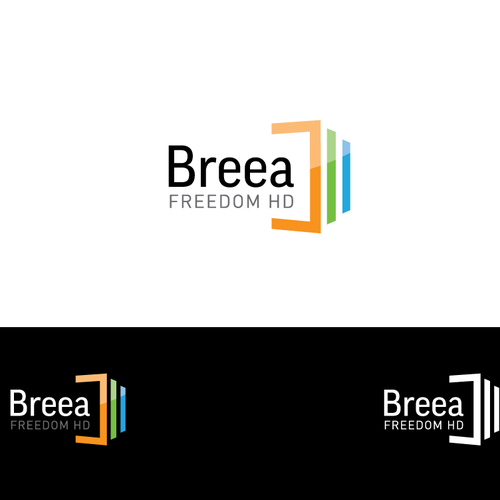 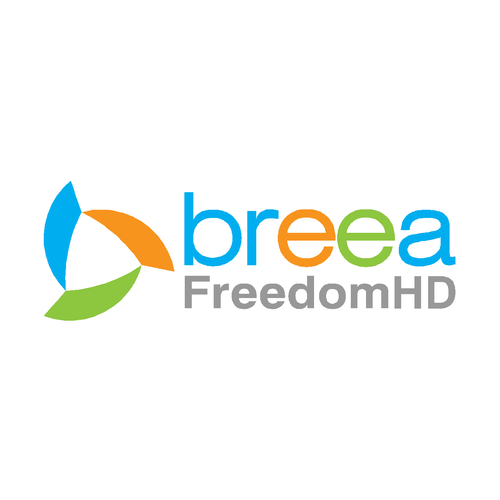 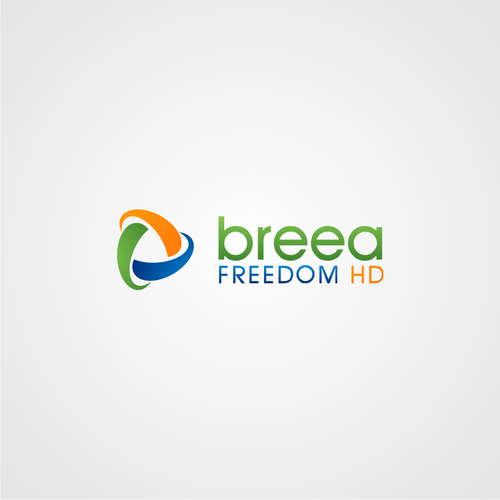 Our company sells tablets and a tablet management system to schools.

We are launching a line of tablets called Breea. The first model will be the Breea Freedom HD. Entries should shown three ways:
1) Breea
2) Breea Tablets
3) Breea Freedom HD

The logo will often appear in the same location as the logos for TabPilot, TabPilot Tablet Manager, and TabPilot Focal Point browser (see attachments and our web site), so colors must be complimentary. I have provided the color specs for our orange, green and blue colors.

For style, we don't want anything else with a character like the one in TabPilot. That logo is too far on the "playful" side of the scale and looks too much like something to appeal to children. While our product is for schools, the marketing is to adults: administrators, teachers, educational professionals.

The Freedom HD is named for two reasons:
1) Freedom: the tablet will feature wireless video streaming to an HD receiver connected to a projector or TV.
2) HD: the tablet features a HD display (high-resolution, same as the iPad "Retina" display).

Words that might be associated with Freedom HD: speed, freedom, wireless, streaming, broadcasting. Think of logos that incorporate a symbol conveying wireless broadcasting.

One of the primary places the logo will be used is on the boot screen of the tablet. It will appear along with the TabPilot logo in this manner:

All of this must blend well since it will appear together. Keep this in mind with design style and color choices.

Visit http://www.tabpilot.com to view our main logo and FocalPoint logo in use.

C'est parti!
The 30 Day Challenge!
US$299
You Are a CEO is a movement that was born out of a simple idea. We believe everyone is the CEO of their life and can tak
27
entries
4
diseñadores
Logo for National Research Project (Museums, Websites, Teacher Resources)
CA$1,199
University-based research team looking to refresh branding prior to launch of major public outputs. Landscapes of Injust
169
entries
14
designers
Design a Logo for Online Holistic Health Education Program
CA$399
Provides natural holistic health e-learning courses incorporating mind body and soul - for Moms and eventually other nat
73
entries
28
designers
Create a modern 'female power' centric logo for Laptop Life Academy
299 US$
Help women create financial independence through online marketing.
113
entries
41
diseñadores
School's 5K fundraiser logo needed (4000+ audience)
US$299
This is our inaugural 5K for a fundraiser private Christian school with PreK-12th grades. The whole community will be in
108
entries
19
designers
Tutoring company: Get the attention of parents while not scaring away high-school students! Be fun, yet smart
549 US$
The company, called Prep 720, is a tutoring business that provides ACT and SAT prep classes for high school students. Th
223
entries
57
designers