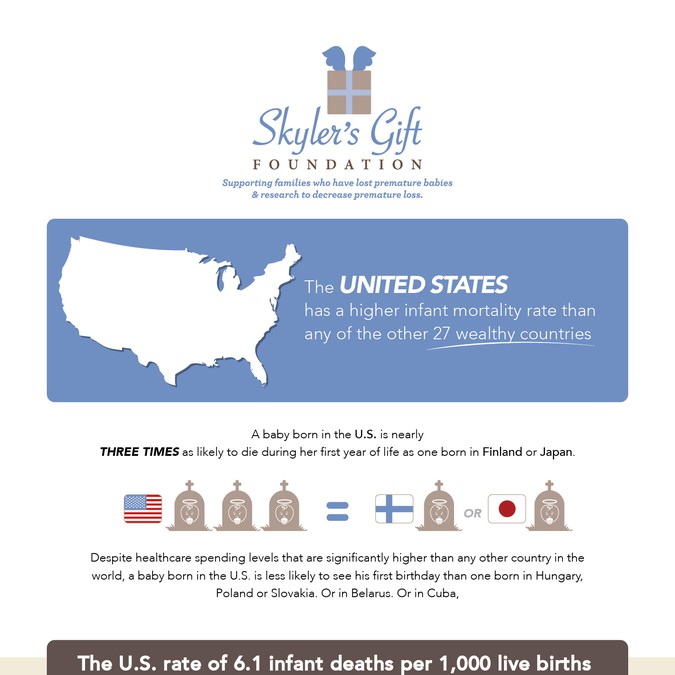 Create a infographic for a nonprofit 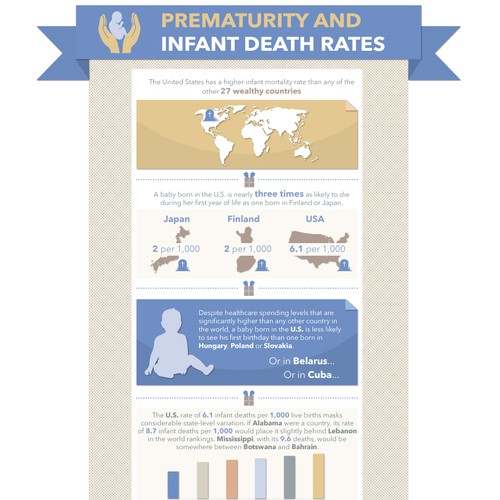 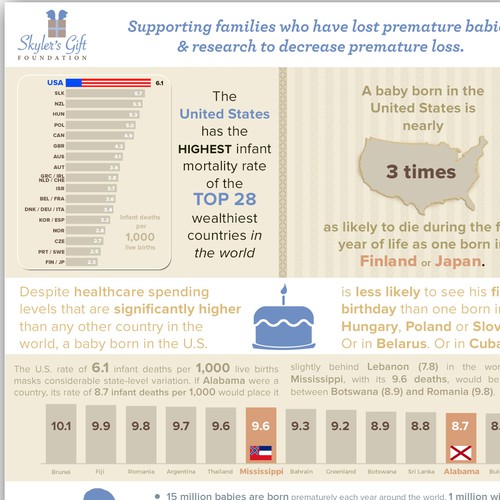 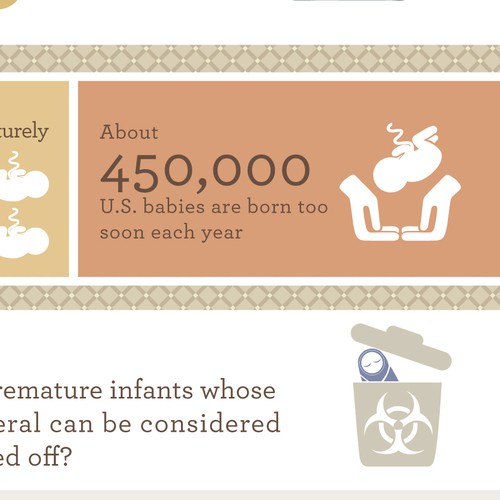 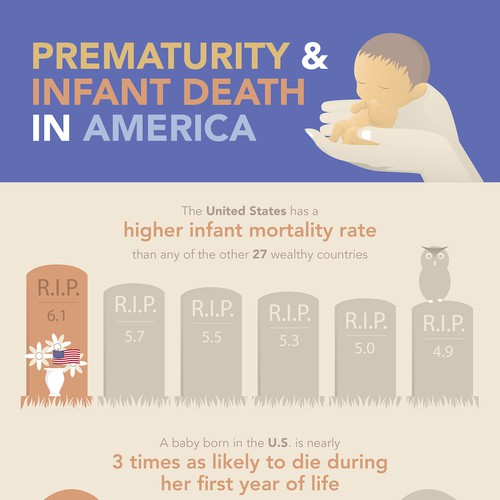 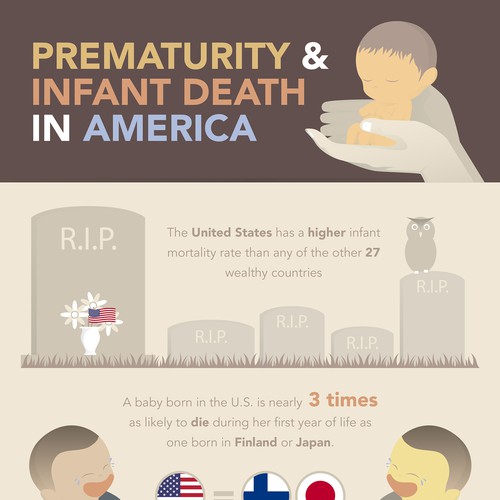 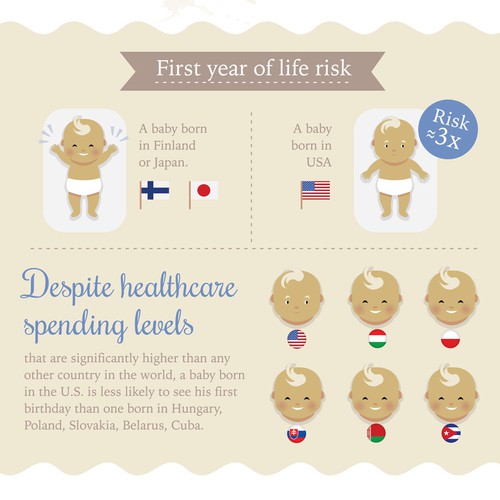 A baby born in the U.S. is nearly three times as likely to die during her first year of life as one born in Finland or Japan.

Despite healthcare spending levels that are significantly higher than any other country in the world, a baby born in the U.S. is less likely to see his first birthday than one born in Hungary, Poland or Slovakia. Or in Belarus. Or in Cuba,

15 million babies are born prematurely each year around the world. 1 million will die.

Premature birth is the #1 killer of babies

1 in 10 babies is born prematurely

Did you know that in the United States premature infants whose parents cant afford a funeral can be considered medical waste and disposed off?

Did you know that there are no federal programs in place that provide assistance with the unexpected cost of burying a child?

Skyler’s Gift is the only nationwide organization that assist with the cost associated with the funerals of premature infants who pass away.

The average Skyler’s Gift grant for funeral assistance is $1500.

Please see our Style Guide for our branding guidelines.

Infographic: Plant Science for a Sustainable Future
US$ 899
We are a professional society for plant scientists...
33
entries
16
designers
Help us advance LGBT rights for Men and Boys of Color!
USD 799
Design a visually stunning and socially significant infographic for us
62
entries
16
designer
Create a infographic about Student Debt in America
US$899
CARE educates young adults on the responsible use of credit and the potential consequences of credit card abuse. CAR...
56
entries
20
designers
Pathways to Settlement Infograph
A$599
The Regional Australia Institute is an independent, not-for-profit organisation developing real solutions to key poli...
18
entries
6
designers
Create a cutting-edge infographic for NYC's transportation system!
US$899
Move NY is a region-wide grassroots campaign that seeks to build support for a master transportation plan for the New...
13
entries
2
designers
Help find a cure for a rare childrens disease
USD 599
We are trying to bring awareness to neurofibromatosis type 2 (NF2). We are funding researchers to look for a cure to ...
24
entries
9
diseñadores

C'est parti!
99nonprofits: Clean, Minimal Infographic for Insight Garden Program (Examples Provided!)
599 $US
As an evidence-based program working with people in prison, IGP facilitates a transformative curriculum combined with...
33
entries
9
designer graphistes
Choose Your Own #FindYourPark Adventure [INFOGRAPHIC]
US$599
We are the official non-profit partner to the National Park Service. We help protect parks, connect people to the par...
14
entries
8
designers
Design an infographic to give clinics feedback on the health care they provide!
$1,599
We provide feedback to doctors and nurses about what patients say about their reproductive health care. We don’t want...
87
entries
27
designers
The Probate Process - Infographic Design
599 $US
We are an estate planning, elder law and special needs law firm in Savannah, Georgia, USA. We focus on assisting clients
35
entries
11
designer graphistes
Visualize the FIEGE vision
€1,499
The Fiege Group, headquartered in Greven/Germany, is one of Europe’s leading logistics providers. Its competence lies pa
17
entries
7
designers
Plant Sap Analysis Infographic
US$ 1.599
We sell organic fertilizer inputs to major producers of fruits, vegetables, and berries. We provide fertilizer recommend
64
entries
16
designers
En savoir plus sur les designs de infographie
Voir comment ca marche