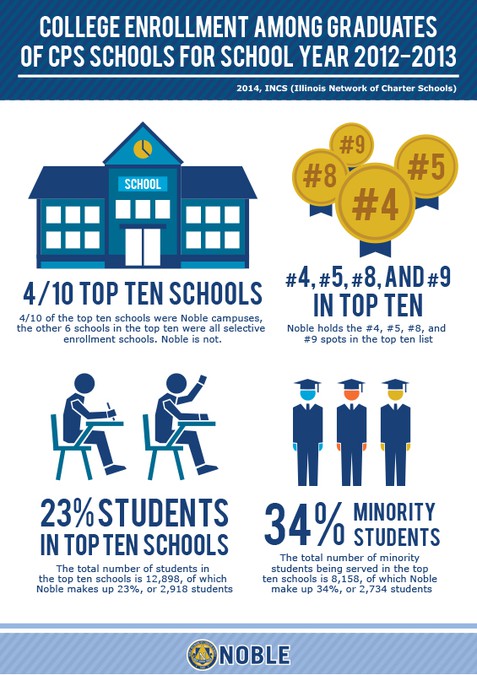 Display your talent! Create a graphic that demonstrates Noble's success! 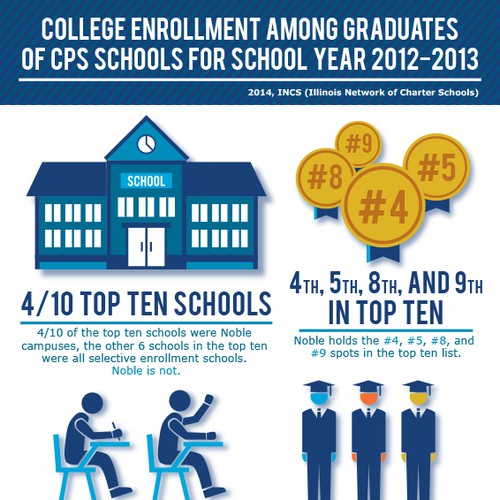 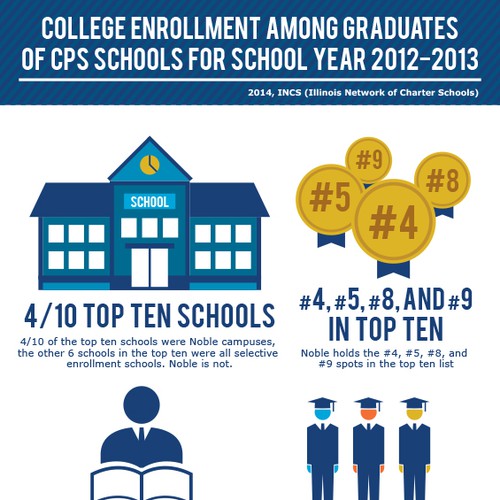 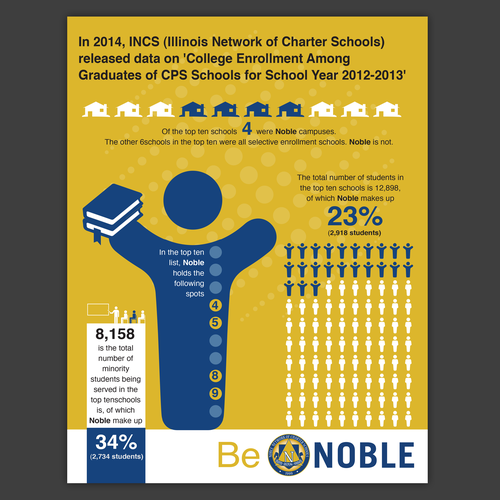 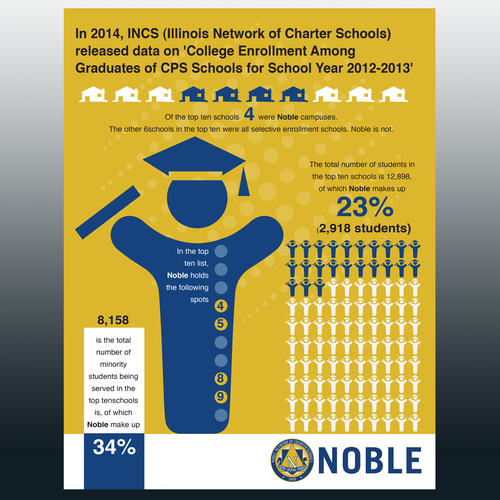 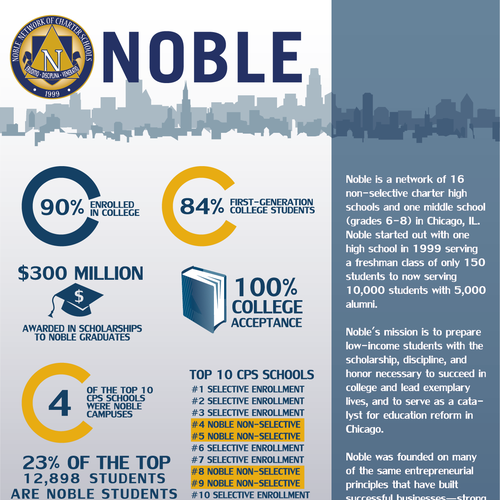 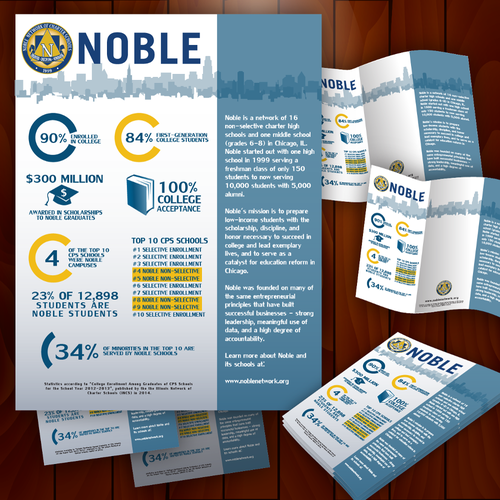 Noble is a network of 16 non-selective charter high schools and one middle school (grades 6-8) in Chicago, IL. Noble started out with one high school in 1999 serving a freshman class of only 150 students to now serving 10,000 students with 5,000 alumni. Noble's mission is to prepare low-income students with the scholarship, discipline, and honor necessary to succeed in college and lead exemplary lives, and to serve as a catalyst for education reform in Chicago.

We would like a graphic or illustration designed that will creatively
convey the following information:
The Topic of the Graphic is: In 2014, INCS (Illinois Network of
Charter Schools) released data on 'College Enrollment Among Graduates
of CPS Schools for School Year 2012-2013'
The information that should be included in the graphic is:
* 4/10 of the top ten schools were Noble campuses, the other 6
schools in the top ten were all selective enrollment schools. Noble is
not.
*Noble holds the #4, #5, #8, and #9 spots in the top ten list
*The total number of students in the top ten schools is 12,898, of
which Noble makes up 23%, or 2,918 students
*The total number of minority students being served in the top ten
schools is 8,158, of which Noble make up 34%, or 2,734 students

Please create a graphic or illustration that will effectively express
this information. Noble's primary color schemes consist of blue
(pantone 654C) and Gold (pantone 117C). Feel free to be creative in
the way you design and layout your graphic or illustration, but keep
in mind that we would like for the design to be relatively easy to
follow and understand.

Noble's design style typically avoids boxes around images or graphs,
unless it is more appealing that way. We prefer Helvetica, Verdana or
Trade Gothic fonts. This graphic will be used for print material. The
size of the graphic is not important at this stage. The files that I
have attached are for reference purposes to give designers a sense of
Noble's style and are not necessarily intended to be incorporated
into
the designs (with the exception of the Noble logo and seal).

Can you design a spiral?
$249
Our product is communication skills workshops globally....
37
entries
10
designers
Chidrens Books Black and White Line Illustrations
USD 249
We publish children's educational materials with a special emphasis and love for working with children who are learni...
54
entries
33
designer
Young Girl who finds her Power through her Emotions
249 $US
Children's Illustrated Book age 5 - 10, uplifting message of truth and feelings...
104
entries
29
designer graphistes
Adult colouring pages for educators!
A$299
Education resource supplier to Early Childhood, Primary and High Schools...
37
entries
16
designers
Draw 24 simple line drawings to illustrate a book of classroom games
A$459
We are a school. The product we are designing is for teachers to use with students in the classroom....
52
entries
21
designers
Talk kit: Tools that fit into clinic visits
$549
Our product is designed to be easy to read and easy to understand tools that can be used during a clinic visit between a
28
entries
6
designers