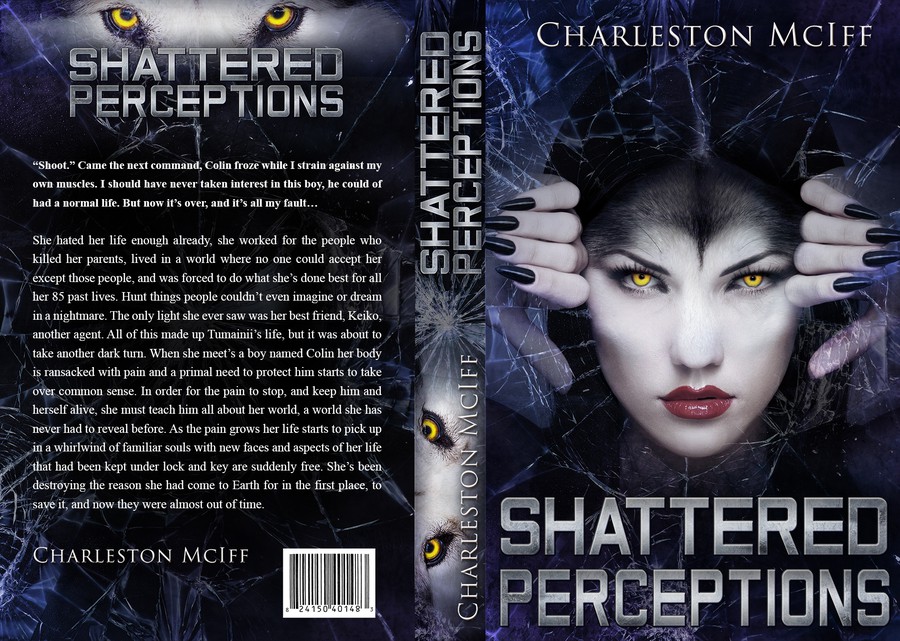 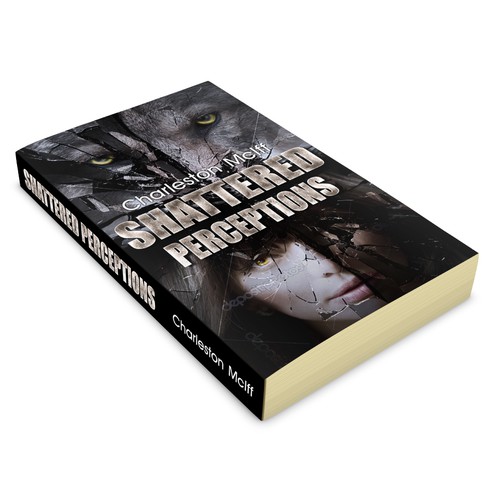 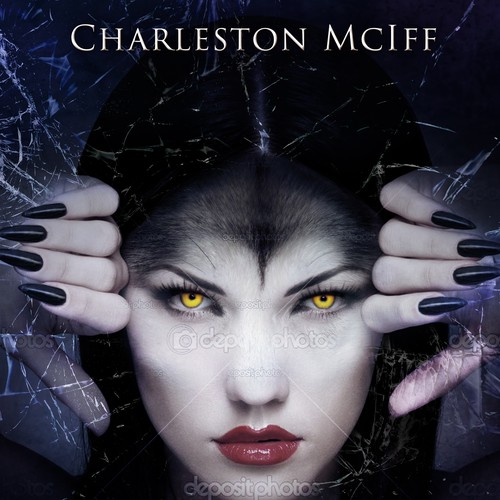 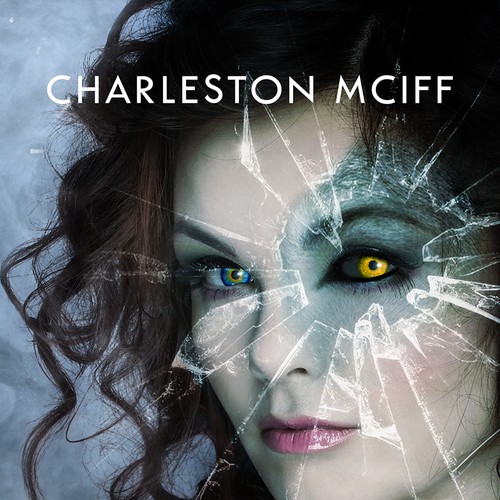 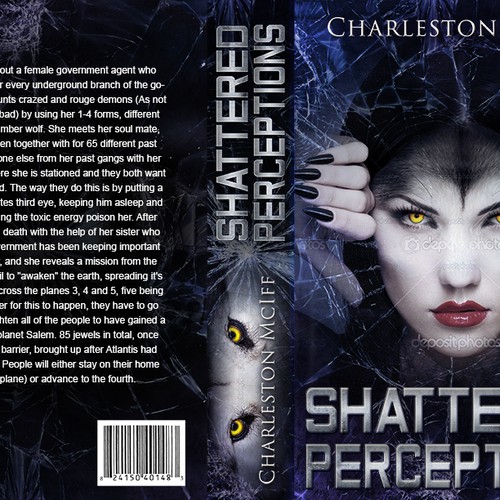 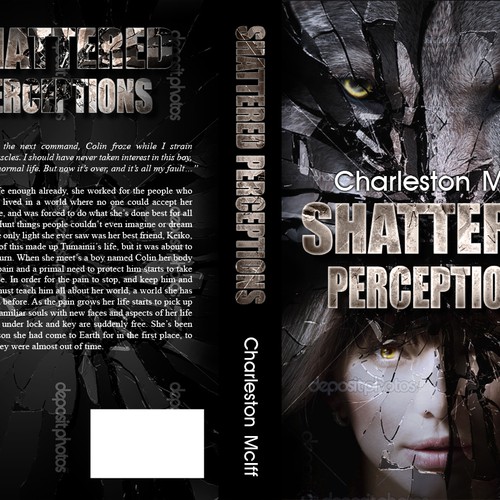 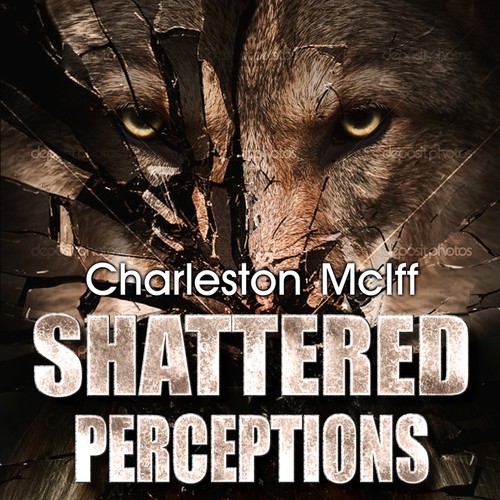 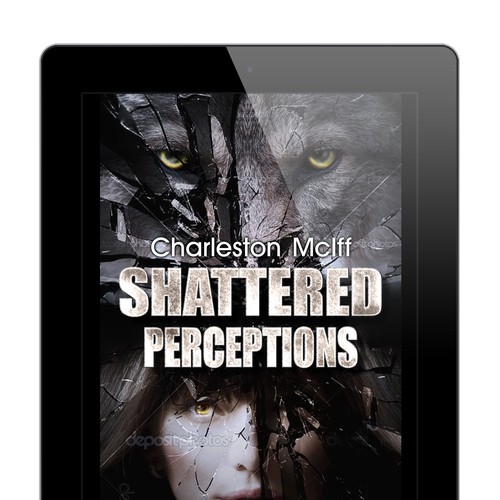 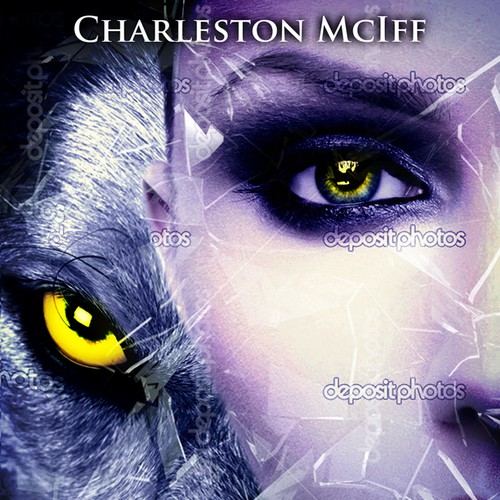 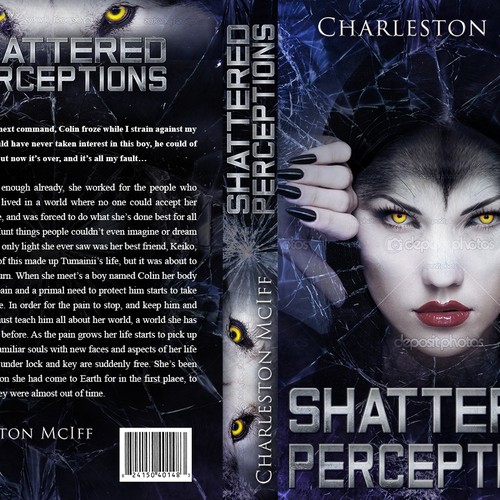 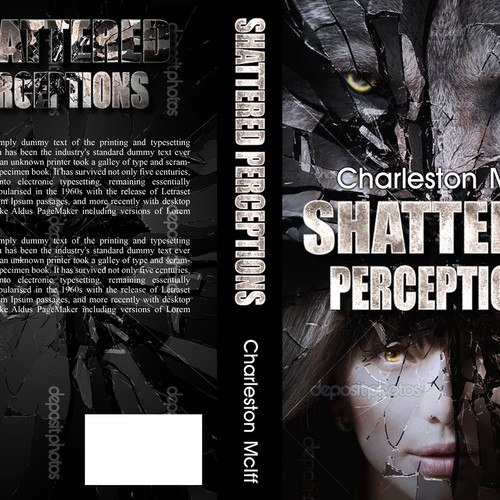 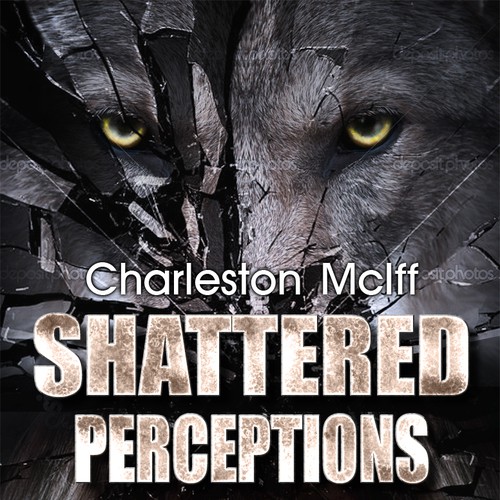 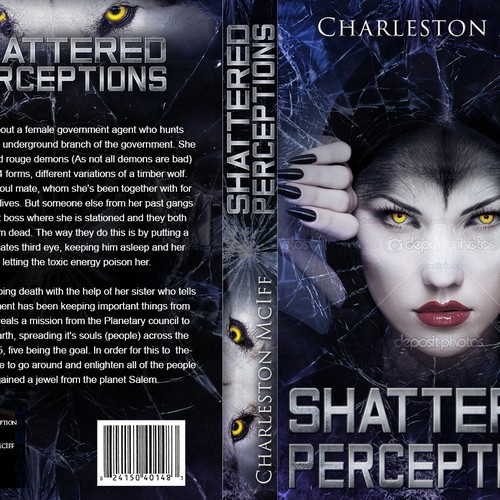 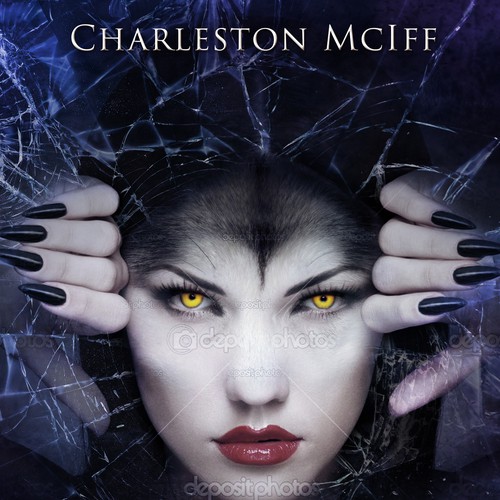 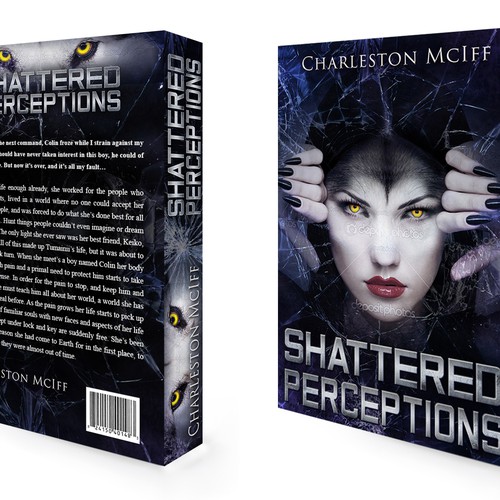 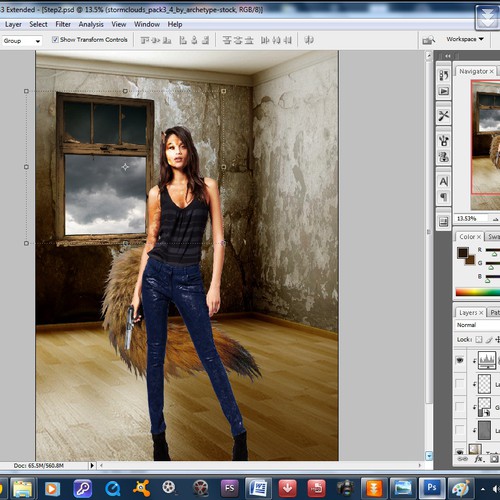 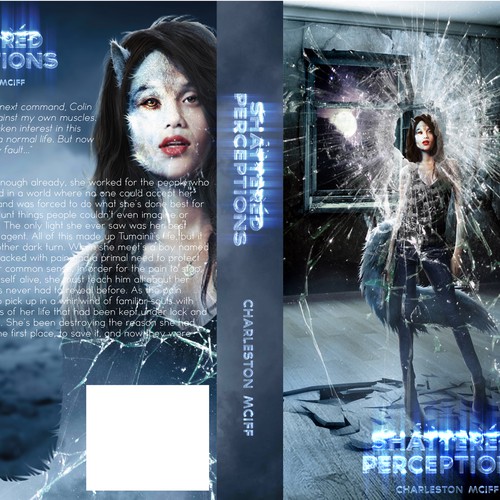 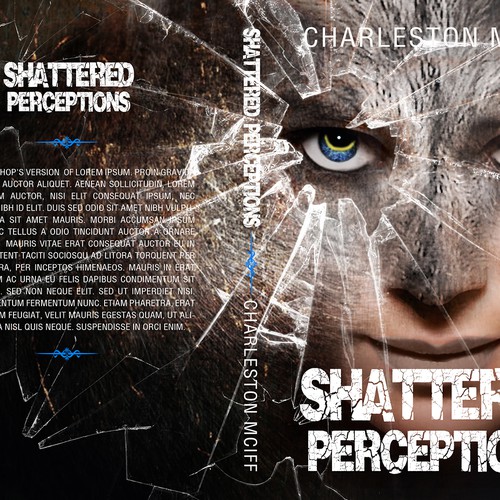 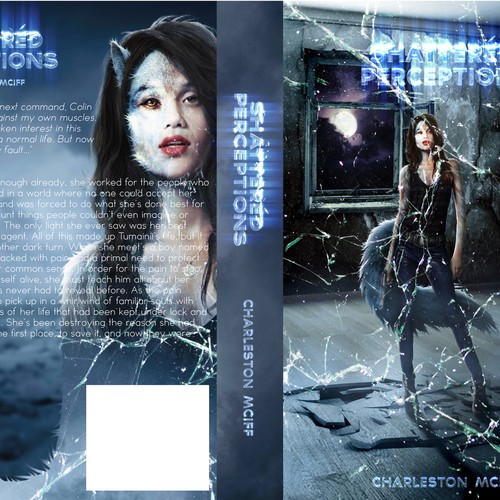 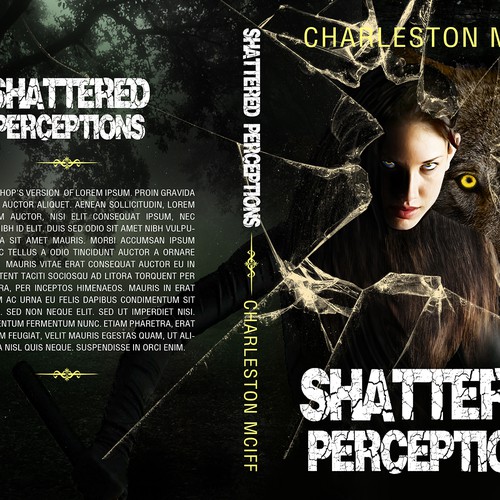 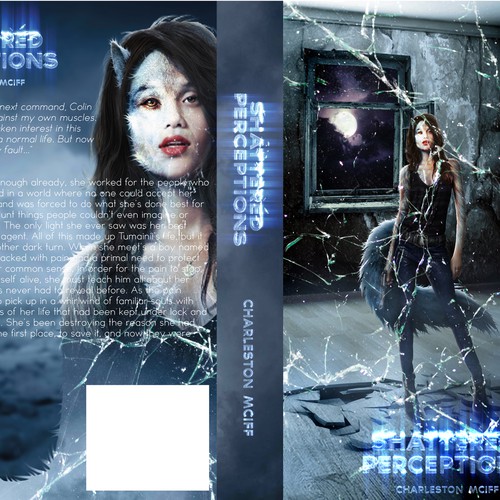 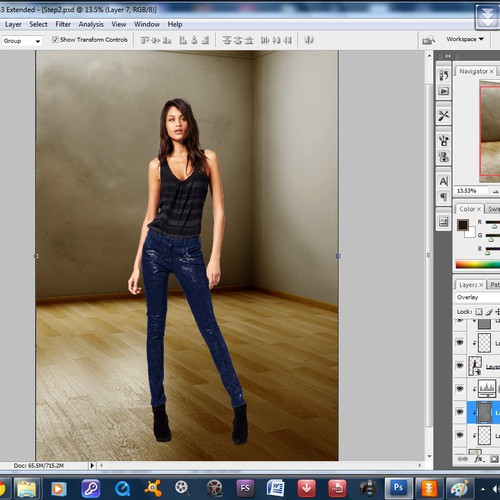 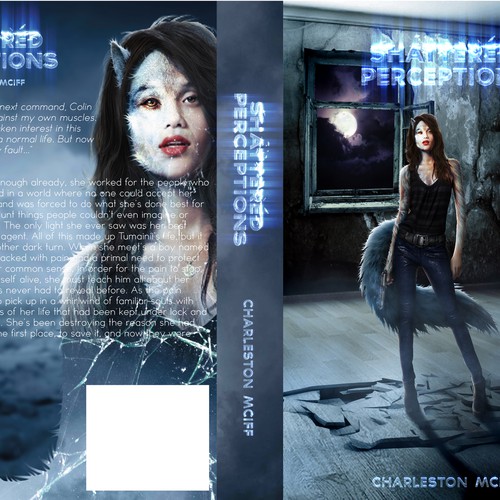 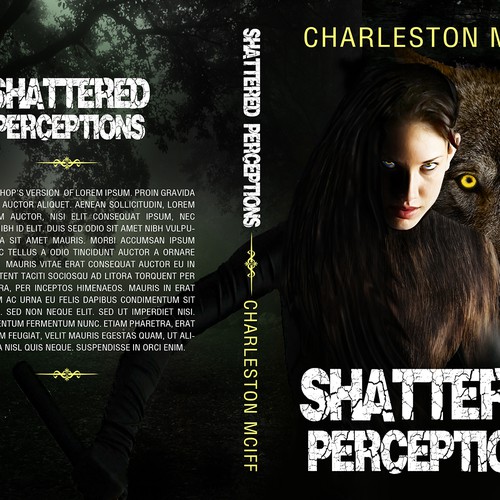 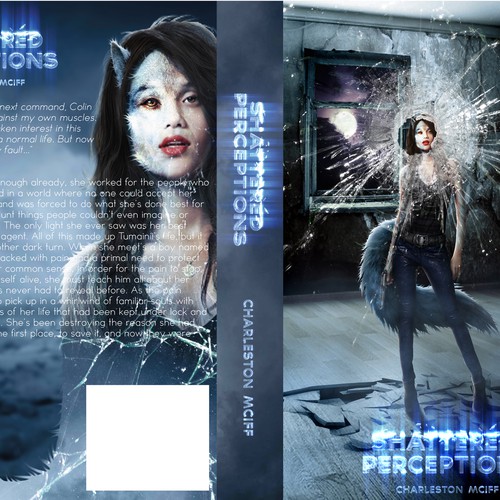 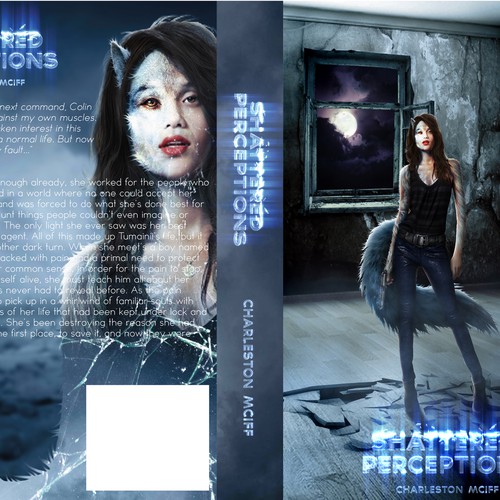 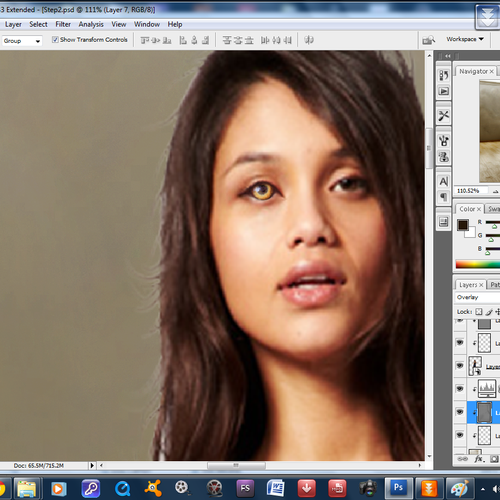 (I'm open to any art but realistic was more of what I was thinking. And please try to keep her description in mind.) The design is up to you, but I would really like to incorporate shattered glass or a shattered mirror and have her inner wolf somehow there too.

The girl is porcelain skinned, blue eyes with a yellow ring around the pupil, dark brown long hair that goes to lower back, bangs.

Her four different forms are:

Second form: Human with all yellow eyes, ears and tail.

Third form: Human anatomy with a wolf skin "pulled" over her. Think anthropology, if you type in "wolf anthro" you'll get some pretty good ideas of what she'd looks like, but she keeps her thick brown hair in the form. It isn't an unattractive form.

About: The book is about a female government agent who hunts demons for every underground branch of the government. She hunts crazed and rouge demons (As not all demons are bad) by using her 1-4 forms, different variations of a timber wolf. She meets her soul mate, whom she's been together with for 65 different past lives. But someone else from her past gangs with her current boss where she is stationed and they both want to see them dead. The way they do this is by putting a "lock" on her mates third eye, keeping him asleep and her awake, letting the toxic energy poison her. After nearly escaping death with the help of her sister who tells her the government has been keeping important things from her, and she reveals a mission from the Planetary council to "awaken" the earth, spreading it's souls (people) across the planes 3, 4 and 5, five being the goal. In order for this to happen, they have to go around and enlighten all of the people to have gained a jewel from the planet Salem. 85 jewels in total, once this happens a barrier, brought up after Atlantis had fallen, will fade. People will either stay on their home base (3rd plane) or advance to the fourth.

Thank you for doing this!