Kidnappad av Österns blixt [Meaning: Kidnapped by a cult. The book is in Swedish]

SHEN XIOAMING was converted in Henan Province in 1979 and eventually became a founder of the China Gospel Fellowship, by some estimates the largest church in the world, ministering and teaching throughout the underground house church for years. Today he still labors for the unity and freedom of the Chinese church. Eugene Bach is a pseudonym for a member of the Chinese underground church. He was trained in US military special operations and served two tours in the Persian Gulf and Asia-Pacific region, serving primarily as a member of a rapid response team focusing on targeted threat elimination, counterterrorism, and security. He has been working with the underground church in China for more than fifteen years, helping them to establish forward mission bases in closed countries around the world, including Iraq and Syria. Eugene leads the Chinese mission movement called Back to Jerusalem, which provides essential support for Chinese missionaries in Africa, Asia, and the Middle East. He has also written or coauthored numerous books about the underground church in China, North Korea, and Iran, including ISIS: Heart of Terror, The Underground Church, and I Stand with Christ.

Shen Xiaoming is the pastor of millions. Founder of one of the largest underground churches in China, he is no stranger to persecution from China’s historically hostile government. Time and again, Pastor Shen has experienced deprivation, disease, and imprisonment for the sake of the incredible spread of the gospel in rural central China. But April 16, 2002, brought the persecution to a new level. Pastor Shen was kidnapped by the murderous Eastern Lightning cult after being lured into a supposed Bible conference. This dangerous cult believes that Christ returned in the form of a female Chinese leader, and they use force, torture, and indoctrination to gain followers. Yet again, Pastor Shen had to take a stand against evil. Here is his story.

We want a powerful, captivating cover. The kidnapping was not under gun threat or anything like that so we can't have that on the cover. Ideas: 1. Landscape photo of China as background. Shanghai is a ctiy where mych is taking place in the book. 2. Face of chineese man (but the face can't be seen too much because of integrity reasons). 3. Chineese building, that could look like a conference center. 4. The kidnapping starts in a conference center that is locked. The people need to turn in their phones and sim-cards. 5. We're open to other ideas. We are pubkishing the book in Swedish. The Enligsh veersion looks like this: https://www.amazon.com/Kidnapped-Cult-Pastors-Against-Murderous-ebook/dp/B01MRZUJBQ/ref=sr_1_1?crid=Q1ER5LUFJ1KF&keywords=kidnapped+by+a+cult+eugene+bach&qid=1661413175&sprefix=kidnapped+by+a+cult+eugene+bach%2Caps%2C188&sr=8-1 However, we don't like the English cover. It's too much grunge. Looks too much like a 90's cover.

Was awesome to work with and provided updates very quickly.

This will be a limited release hoodie for our staff.

This is a country and Americana album. Target audience is 30-55 and mostly blue collar and midwestern down-home peeps. H

Design a fun and joyful logo for a veterinary community

Readers of fantasy, science fiction and survivalist apocalypse stories. So probably 80% men, with a mild tilt towards yo

OMG - The Legend and the Legacy

Gardening cover design to appeal everyone; if you're up for the challenge!

My target audience is going to be both male and female; aged 25 – 60, of all socioeconomic levels. Some will garden for

A fun approach to gut health for males and females

Adults male and female with an interest in gut health 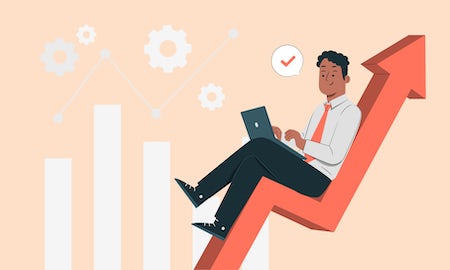