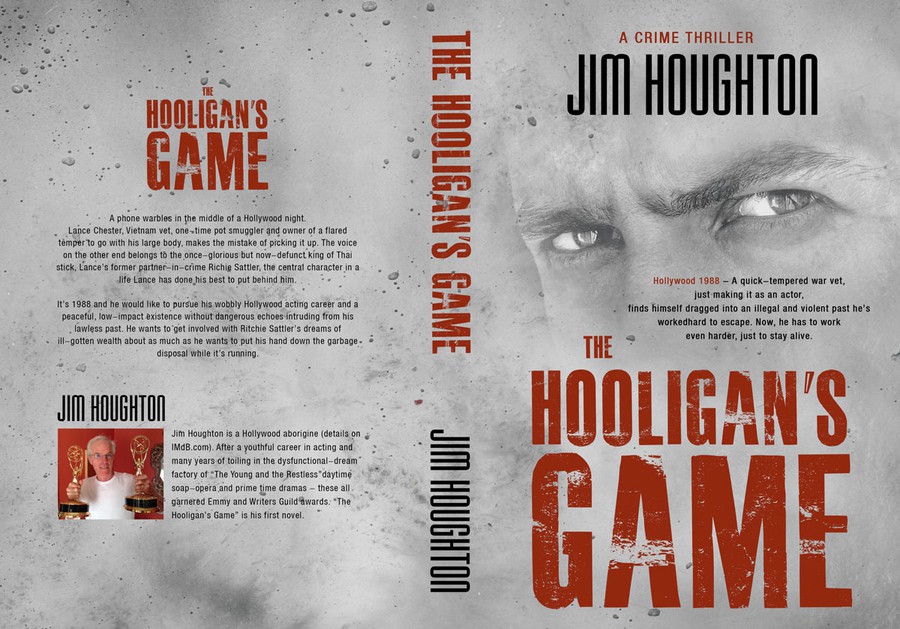 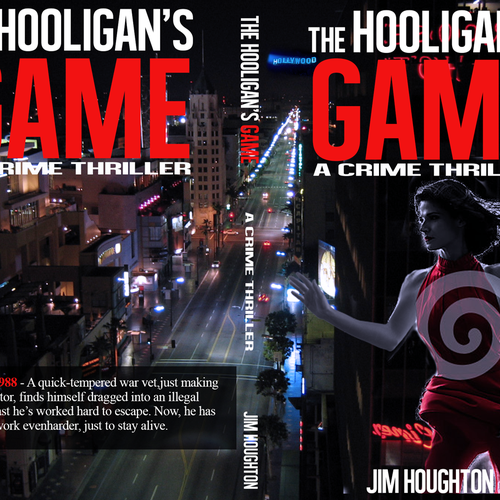 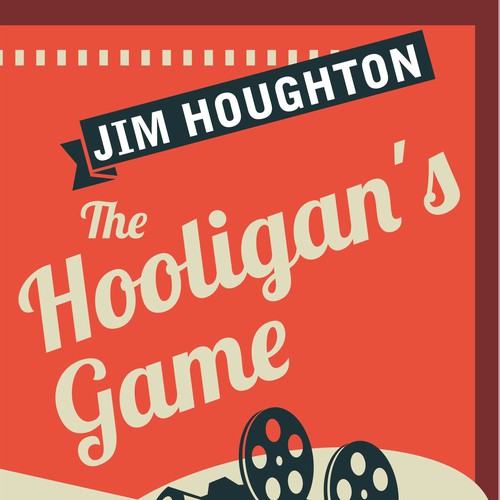 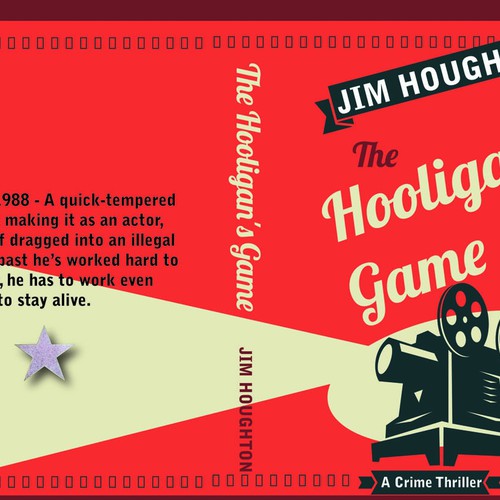 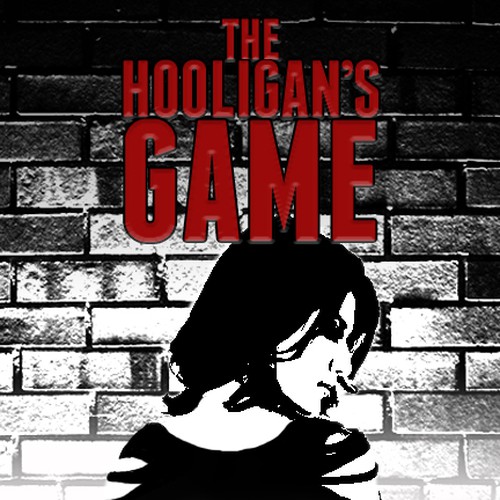 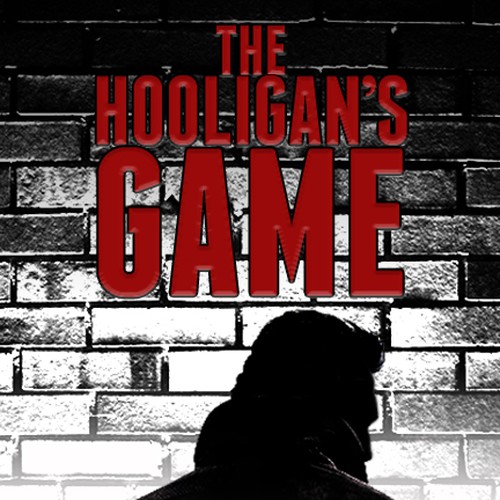 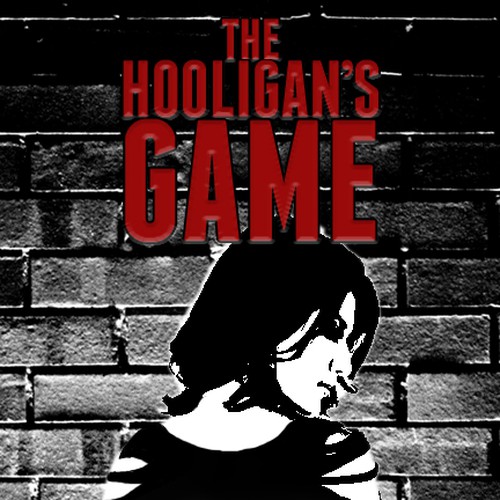 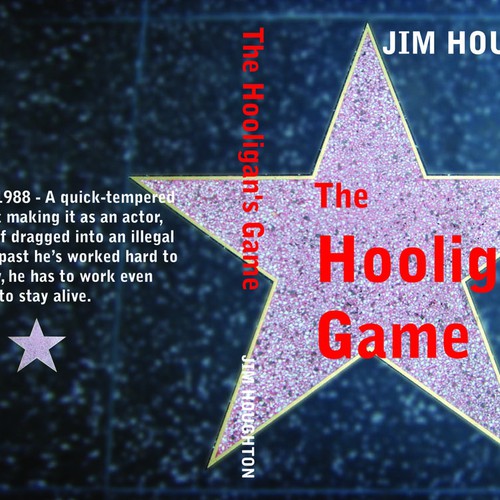 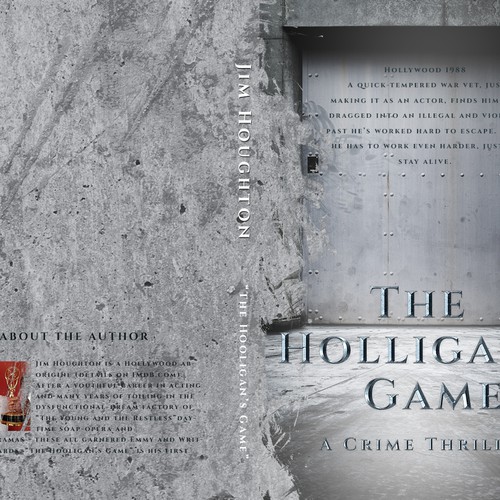 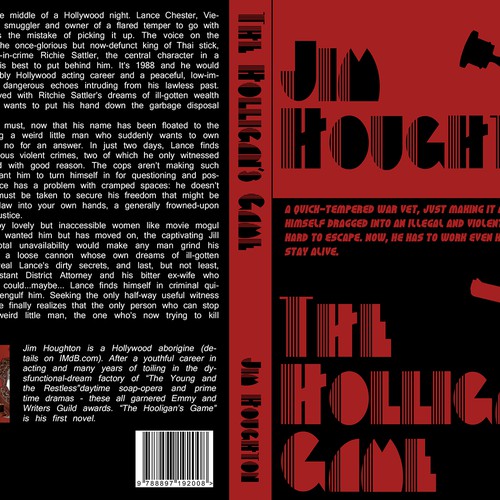 A cover design for a thriller called "The Hooligan's Game"
Author: Jim Houghton
Subtitle on cover: A Crime Thriller

Be Creative - this must 'pop" like a great movie poster! It can look
retro, if that works.

Log Line (on front cover): Hollywood 1988 - A quick-tempered war vet,
just making it as an actor, finds himself dragged into an illegal and
violent past he’s worked hard to escape. Now, he has to work even
harder, just to stay alive.

Flap Copy (front flap): A phone warbles in the middle of a Hollywood
night. Lance Chester, Vietnam vet, one-time pot smuggler and owner of
a flared temper to go with his large body, makes the mistake of
picking it up. The voice on the other end belongs to the once-glorious
but now-defunct king of Thai stick, Lance’s former partner-in-crime
Richie Sattler, the central character in a life Lance has done his
best to put behind him. It’s 1988 and he would like to pursue his
wobbly Hollywood acting career and a peaceful, low-impact existence
without dangerous echoes intruding from his lawless past. He wants to
get involved with Ritchie Sattler’s dreams of ill-gotten wealth
about as much as he wants to put his hand down the garbage disposal
while it’s running.
But involve himself he must, now that his name has been floated to
the wrong people, including a weird little man who suddenly wants to
own Lance and won’t take no for an answer. In just two days, Lance
finds himself wanted for various violent crimes, two of which he only
witnessed and one he committed with good reason. The cops aren’t
making such fine distinctions and want him to turn himself in for
questioning and possible incarceration. Lance has a problem with
cramped spaces: he doesn’t do jail, so measures must be taken to
secure his freedom that might be considered taking the law into your
own hands, a generally frowned-upon approach to criminal justice.
Lance is surrounded by lovely but inaccessible women like movie mogul
Patsy Pope, who once wanted him but has moved on, the captivating Jill
Abercrombie, whose total unavailability would make any man grind his
teeth, Aggie Ketcham, a loose cannon whose own dreams of ill-gotten
wealth threaten to reveal Lance’s dirty secrets, and last, but not
least, Barbara Chester, Assistant District Attorney and his bitter
ex-wife who would help him if she could...maybe... Lance finds himself
in criminal quicksand, threatening to engulf him. Seeking the only
half-way useful witness to his innocence, Lance finally realizes that
the only person who can stop the madness is the weird little man, the
one who’s now trying to kill him.

Back flap copy, Author bio: Jim Houghton is a Hollywood aborigine
(details on IMdB.com). After a youthful career in acting and many
years of toiling in the dysfunctional-dream factory of “The Young
and the Restless”daytime soap-opera and prime time dramas - these
all garnered Emmy and Writers Guild awards. “The Hooligan’s
Game” is his first novel.

Your book cover design on a coming best seller.
299 USD
Write creative stories for a wide range of readers....
83
entries
26
designer
Help "With a little luck..." with a new book or magazine cover
USD 299
It's a short story on how believing in a little bit of luck can increase your chances of success. It also includes…
84
entries
38
diseñadores
'The Worlds of Ambre' trilogy, book 1 'the awakening' by Axi Stark and Ragel Levi
US$ 299
Writing, publishing...
100
entries
21
diseñadores
Do you believe in life after death? Create a fantasy book cover that goes beyond this realm.
299 $US
I am a writer and need a book cover for my supernatural/fantasy novel....
51
entries
22
designer graphistes
Sommerflieder
CHF 279
Selfpublisher...
45
entries
18
designers
BOOK COVER - Raising Kids That Succeed
US$334
NCP is a full service publishing company. We produce, market and sell fiction and non-fiction books to the mass marke...
143
entries
43
designers

C'est parti!
eBook cover for romance novel
$299
Romance book author...
120
entries
46
diseñadores
Epic Fantasy Book Cover for The Soul Forge Cycle: Book 1: The Wood and the Labyrinth by Wendy Wilson
US$ 299
This is a fantasy novel targeted at young adults/adults. It is the first in a series of books....
49
entries
7
diseñadores
Create a magical fantasy paperback & e-book cover
$299
Indie Author, New Adult audience (18-30)...
68
entries
19
designers
Make my current book cover pop!
US$ 299
We publish books for new and established authors....
31
entries
21
diseñadores
A captivating thriller about a man who discovers the wife he buried may not be dead.
$299
A book cover for a suspense novel...
84
entries
27
designers
The moment before impact. Bring the reader fear and anxiety.
US$299
I write badass hero stories. Fiverr failed me yet again. No subpar, no excuses....
23
entries
8
designers
En savoir plus sur les designs de couverture de livre ou magazine
Voir comment ca marche