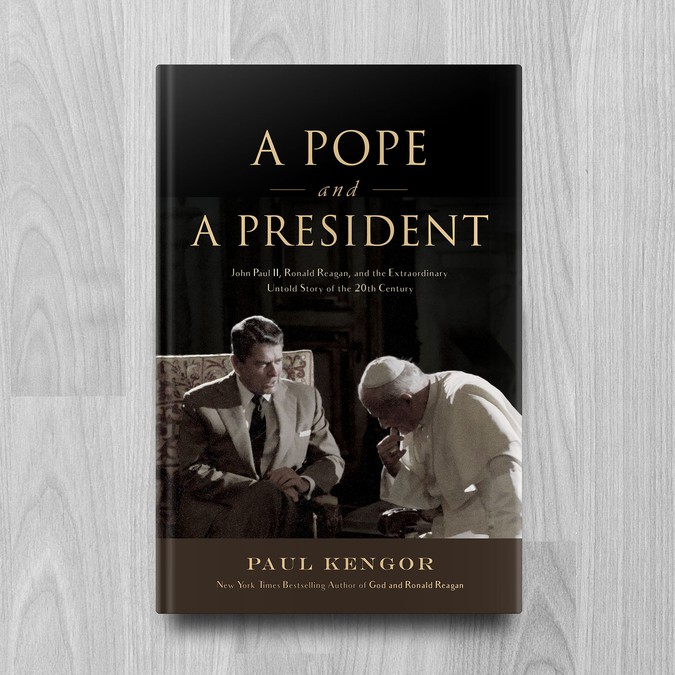 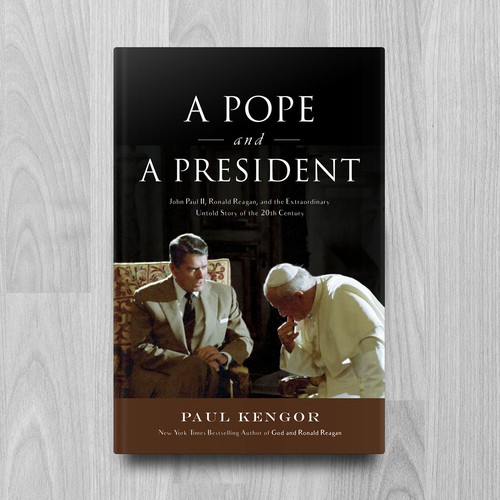 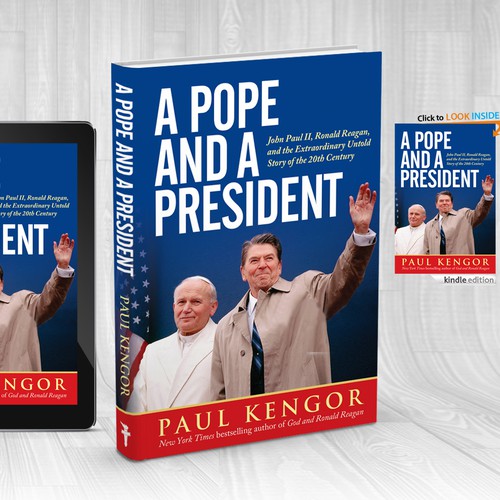 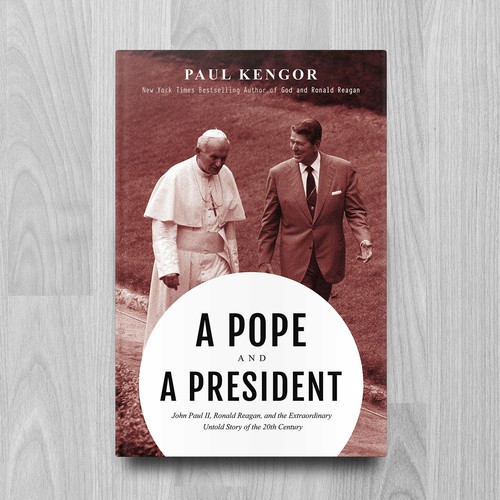 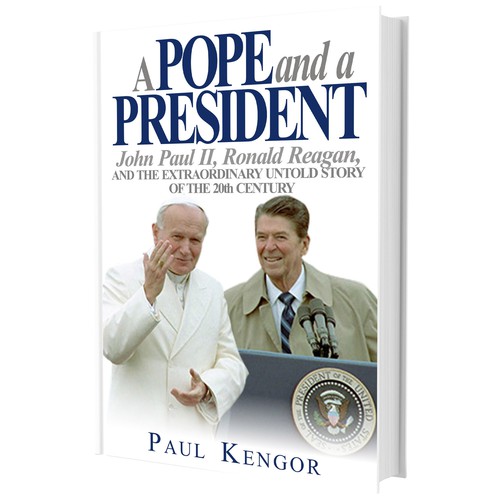 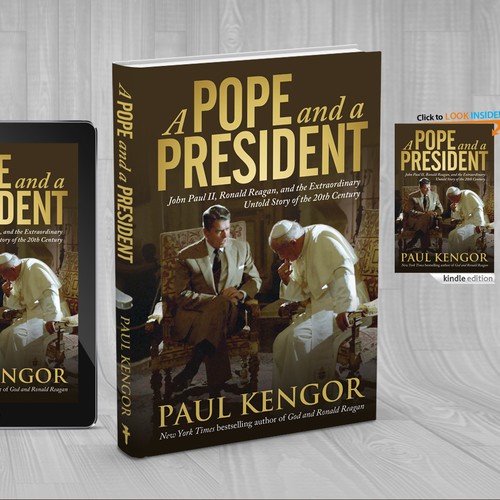 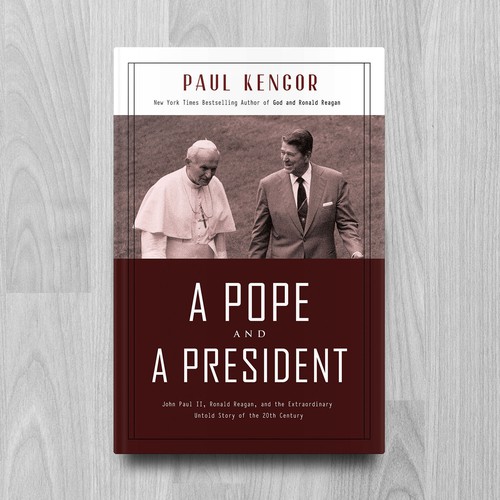 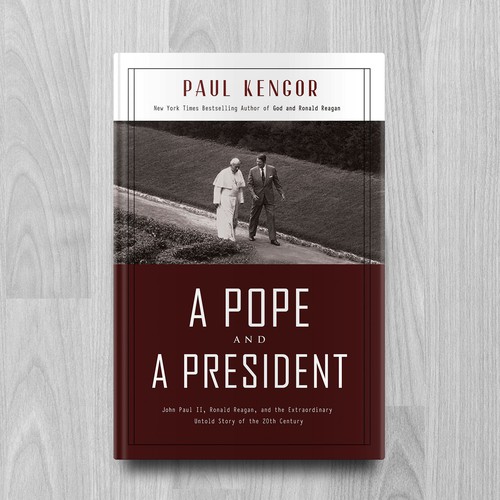 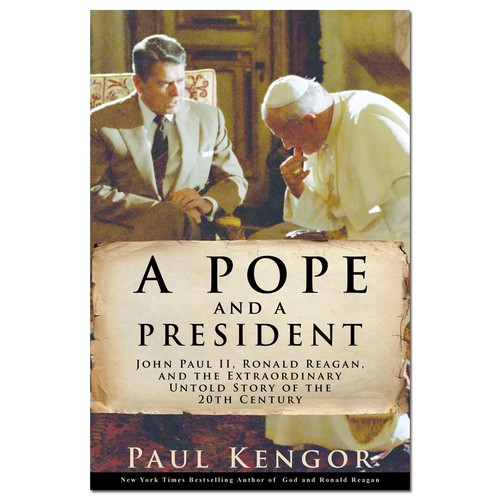 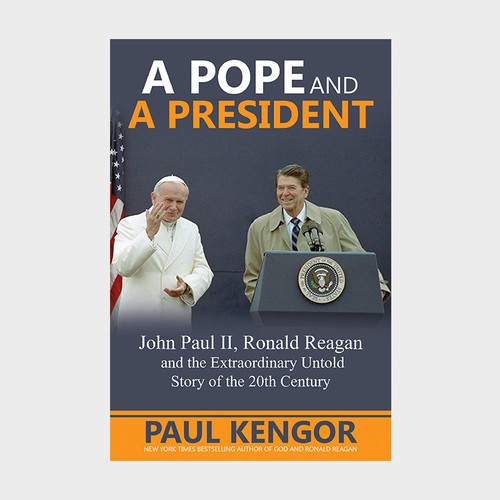 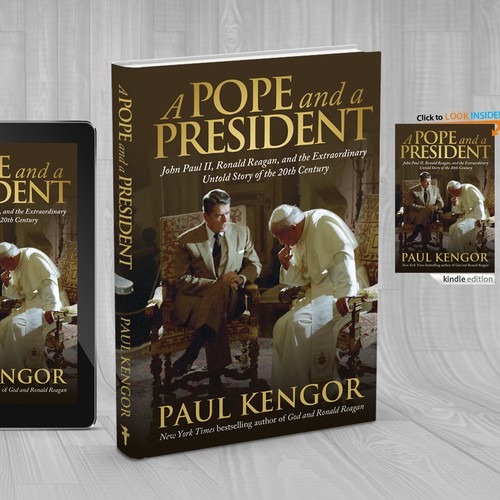 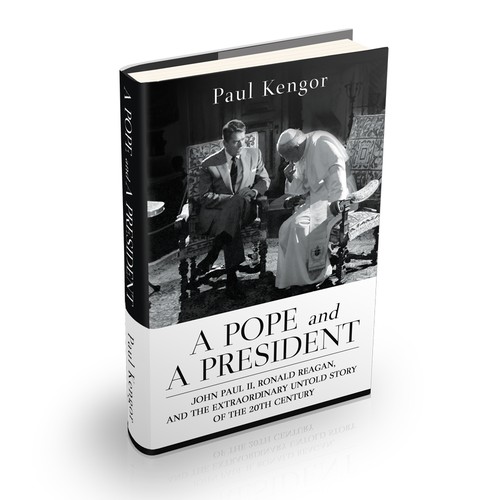 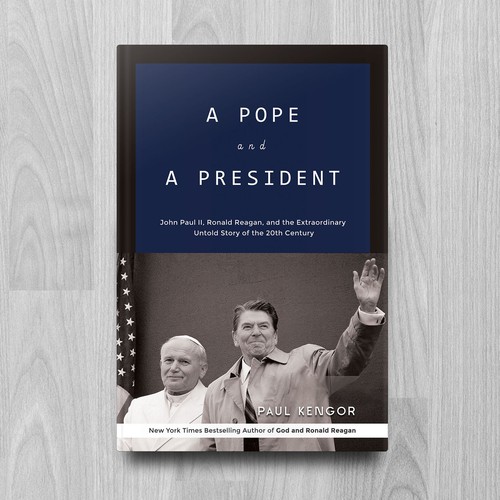 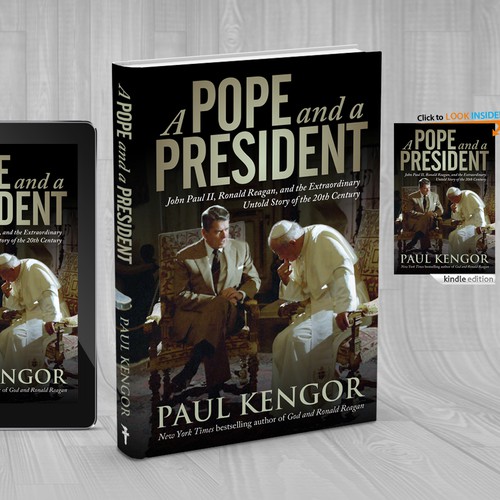 ISI Books is the award-winning publishing program of the Intercollegiate Studies Institute, a nonprofit, nonpartisan educational organization. Our books are sold in trade bookstores across the country and receive major media coverage.

ISI Books is looking for a handsome, eye-catching cover design for the latest book by New York Times bestselling author Paul Kengor. The book is *A Pope and a President: John Paul II, Ronald Reagan, and the Extraordinary Untold Story of the 20th Century.*

We want a cover that conveys that this is a serious, important work of history.

THE BOOK IN ONE SENTENCE: The first book to reveal the depth and significance of the partnership between Pope John Paul II and President Ronald Reagan, and the extraordinary untold story of the how their bond drove them to confront the great evil of the twentieth century: Soviet communism.

BRIEF DESCRIPTION:
In this fascinating new book, acclaimed scholar and bestselling author Paul Kengor tells the untold story of the partnership between Pope John Paul II and President Ronald Reagan and how together they changed the course of world history. Kengor shows that the bonds between the pope and the president ran deeper than anyone has suspected, and that these bonds drove the two men to confront what they knew to be the great evil of the twentieth century: Soviet communism.

Reagan and John Paul almost didn’t have the opportunity to forge this relationship: just six weeks apart in the spring of 1981, these world leaders took bullets from would-be assassins.

Kengor’s unique access to Reagan insiders and his tireless archival research allows him to reveal previously unknown details, including:
• The inside story on the 1982 meeting where the president and pope confided their conviction that God had spared their lives a year earlier for the purpose of defeating the communist empire
• Captivating new information on the attempted assassination of Pope John Paul II, including a heretofore-unreported secret investigation Reagan authorized—was Moscow behind the plot?
• The many similarities and the spiritual bond between the pope and the president—and how Reagan and a close adviser privately spoke of the “DP”: the Divine Plan to take down communism
• New details about how the Protestant Reagan became fascinated by the “secrets of Fatima,” dating to the reported apparition of the Virgin Mary at Fatima, Portugal, starting on May 13, 1917—sixty-four years to the day before the attempt on John Paul’s life
• An extraordinary insider account of how the Soviet Union may have been preparing to send troops into the pope’s native Poland and impose martial law in March 1981—only to pull back when news broke that Reagan had been shot

TITLE: A Pope and a President

AUTHOR LINE (to go in smaller type below his name): <i>New York Times</i> bestselling author of <i>God and Ronald Reagan</i>

CONCEPTS/IMAGERY:
The author would like to use the photo of Reagan and John Paul II seated and in conversation, with Reagan speaking and the pope leaning over and listening intently. I have attached a hi-res version of that photo.

We like that photo, but there are two potential drawbacks: (1) it's a landscape orientation, which would present a full-bleed treatment (which might be nice), and (2) the lighting is pretty dark.

So we will also consider covers using other images of Reagan and John Paul II. See, for example:

Final cover files should be delivered in Adobe InDesign.

See attached image of Reagan and John Paul II. Please include designs using this image, but feel free to work with other photos as well.

New book or magazine cover wanted for Jason Sole Consulting- From Prison to Ph.D.
299 US$
This is an autobiography. Jason spent two years in prison and one year on work release. He is a three-time felon. He…
91
entries
30
designers
Help Fresno New Creation Ministries with a new book or magazine cover
$499
We provide conferences, materials and counseling to those dealing with sexual and relational issues
252
entries
60
デザイナー数
Great Opportunity to Work With Global Brand Designing First of THREE Book Covers
299 USD
We provide services to families with autistic children....
204
entries
36
designer
Wisdom for Diabetes Health Book
299 $US
We write books and offer seminars for diabetics and family members with a spiritual outlook....
76
entries
17
designer graphistes
Design a striking new book cover for a classic work of conservative thought
799 US$
ISI Books is the publishing program of the Intercollegiate Studies Institute, a nonprofit, nonpartisan educational or...
262
entries
61
designers
Book Cover Redesign
$ 299
A social enterprise that helps individuals and organizations help and assist those in need....
40
entries
14
Designer

C'est parti!
Create a striking and eyecatching cover for kindle book
£ 199
Purely Social is a social care company that provides services and consultancy for vulnerable people and their carers....
241
entries
39
designer
Create a vibrant cover for the second volume of a science fiction trilogy
799 US$
Sci-Fi, digital art, event coordination and production, aimed at educating and exposing tyranny and injustice with sa...
27
entries
9
designers
Design a dazzling book cover for Gone Ahead
299 US$
Writing a book! I'm sharing about my experience with losing my dad to cancer and hoping to encourage others who may b...
52
entries
17
designers
Create the cover for an exciting book proposing a New Way forward in the LGBT/Religious Conservative Impasse
US$299
Written by authors reflecting this same diversity religiously and sexually
51
entries
12
diseñadores
Epic cover could save your child's life
US$ 799
This book will serve as a marketing tool for my non-profit, Reel Academy, Inc., which mentors middle/high school stud...
270
entries
49
designers
Create an beautiful and fun cover for my book on life lessons
499 US$
I'm writing a book for my two boys who are 16 and 20....
65
entries
15
designers
En savoir plus sur les designs de couverture de livre ou magazine
Voir comment ca marche